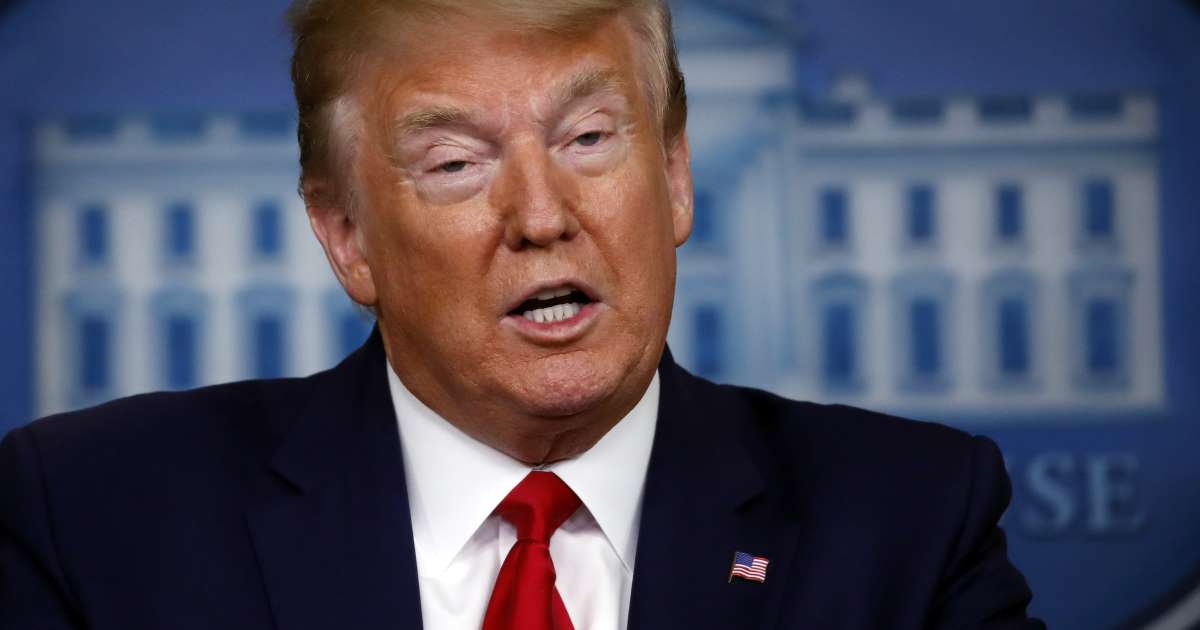 President Donald Trump on Monday spoke of “retaliation” if India turns down his request to lift the hold on US orders of an anti-malarial drug, whose untested efficacy against the coronavirus he has personally championed as a “game-changer”, resulting from a blanket ban on export of certain medicines.

The American leader went on to add to the threat his long-running grievances with India on trade issues, which have history of eluding resolution, including an ultimately failed rush by the two countries to stitch together a deal in time for Trump’s first state visit to India in February. This was the first time he had publicly brought up trade after the visit.

President Trump made the request for releasing the hold on hydroxychloroquine in a phone call with Prime Minister Narendra Modi Sunday morning (evening i n India).

“I said we’d appreciate you allowing our supply to come out, If he doesn’t allow it to come out. That would be okay but, of course, there may be retaliation,” the president said at the daily White House briefing on the coronavirus outbreak, adding, rhetorically for stress, “Why wouldn’t that be?”

India has not yet decided either way yet. Prime Minister Modi had told the American leader during the call that India “will do all what we can”.

The US orders were placed in March. The size of the order could not be ascertained and it was also not clear if they were placed by the US government through the agency spearheading the federal effort boost domestic availability of medical supplies and equipment needed to deal with the outbreak, or private companies.

India is one of the largest manufacturer of hydroxychloroquine in the world and banned its export, along with a bunch of other deeming them essential for its own domestic to fight the pandemic. The restriction on hydroxychloroquine was upgraded to a blanket ban, without exemptions on humanitarian and other grounds, on Saturday, the day before Trump called Modi.

At the Monday news briefing, President Trump either misheard the reporter’s question, or misunderstood it. He had been asked if was worried about retaliation from other countries against his decision to ban the export of certain medical equipment, which he has in recent days to address shortages at home in the United States, like the one imposed by Prime Minister Modi on hydroxychloroquine.

“I don’t like that decision,” the president said. “I didn’t hear that that was his decision. I know that he stopped it for other countries I spoke to him yesterday. We had a very good talk, and we’ll see whether or not that’s his decision. I would be surprised if he would you know because Indias does very well with the United States.”

While correctly acknowledging India had not turned down his request, not yet at least, the president went ahead with his threat of “retaliation”, which he dressed up with his long-running grievance on trade. “For many years they’ve been taking advantage of the United States on trade. So I would be surprised if that was the decision. He’d have to tell me that.”

After the failed attempt to seal a trade deal during the February visit the two sides decided to continue talking and aim for a deal some time r later in the year, perhaps after the November 3 general elections in the United States. A joint statement issued by the two sides during the visit said, the two leaders “agreed to promptly conclude the ongoing negotiations, which they hope can become phase one of a comprehensive bilateral trade agreement that reflects the true ambition and full potential of the bilateral commercial relations, advancing prosperity, investment, and job creation in both countries”.

The joint statement and a news briefing to wrap up the visit were the last times the American president spoke publicly about trade issues with India, until the Monday briefing.

There is no proven evidence yet that hydroxychloroquine works against the coronavirus. There have been some studies and trials, but scientists and experts have said they were either too small or without the necessary protocols to establish its effectiveness. Physicians have been using it nevertheless, even in the United States.

President Trump has spoken of hydroxychloroquine as a potential “game-changer” many times, with experts of his coronavirus task force adding the usual cautionary note every time that the drug has no proven benefits for COVID-19 patients.

The US drug regulator, the Food and Drug Administration, granted “compassionate use” authorization for the use of hydroxychloroquine (or chloroquine), to be prescribed to severely ill patients in mid-March.

Last week, the regulator gave it emergency-use authorization. And it is being tried on COVID-10 patients in New York City, the epicenter of the American outbreak.