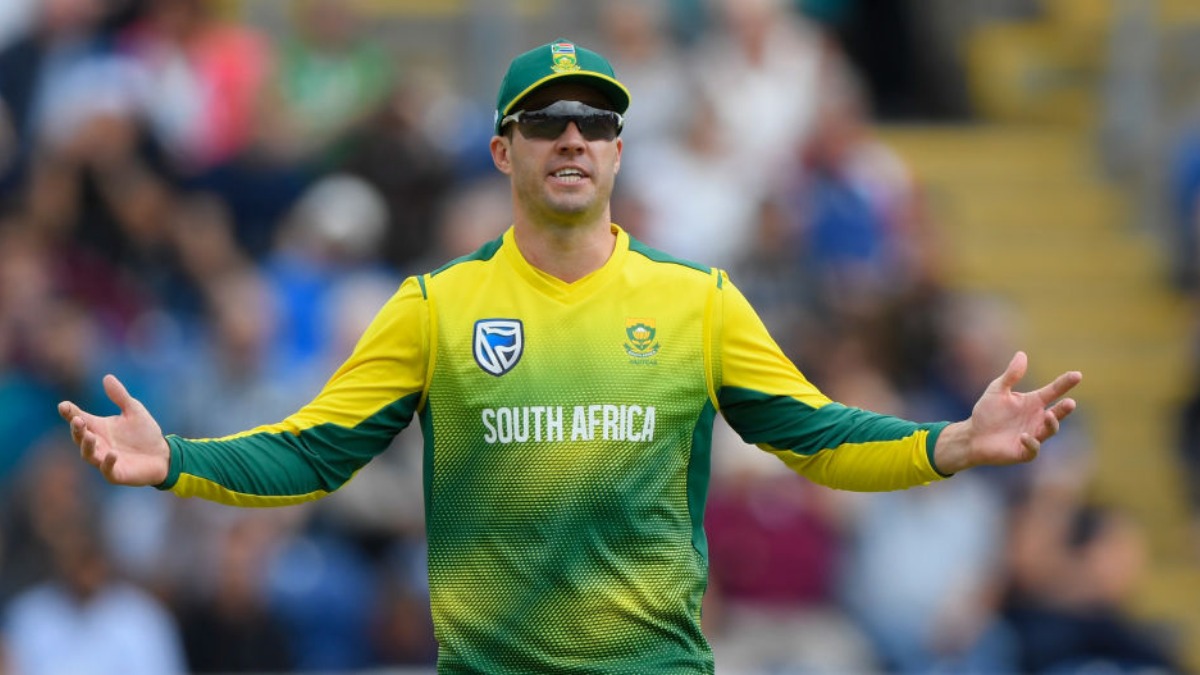 AB De Villers broke his silence on his chances of making an international comeback ahead of the T20 World Cup later this year.

South African swashbuckler AB de Villiers says he doesn’t want to create any “false hopes” of a much-awaited comeback at the T20 World Cup this year, which, he feels, could be postponed due to the COVID-19 pandemic.

The outbreak of COVID-19 has forced the cancellation or postponement of many events but the T20 World Cup remains on schedule in Australia later this year for now.

“I can’t see six months into the future. If the tournament is postponed to next year a whole lot of things will change. At the moment I feel available, but at the same time I don’t know how my body will see it and if I will be healthy at that time,” De Villiers told Afrikaans-language Sunday newspaper ‘Rapport’.

“…I might get to a point where I have to tell ‘Bouch’ (coach Mark Boucher) I was interested, I would like to play a role but I’m not going to be able to play myself. I’m afraid of such a commitment and creating false hope,” he added.

De Villiers said he does not feel entitled to walk into the South African team as has been alleged in the past.

“If I am 100 per cent as good as I want to be, then I will be available. But if I am not I won’t open myself up to that because I am not the type of person who does things at 80 per cent. Then I have to do trials and show ‘Bouchie’ I’m still good enough.

“They should choose me because I’m really better than the guy next to me. I’ve never been the type of person who felt I should get just what I wanted.”

The T20 World Cup in Australia in October and November could be a perfect stage for de Villiers coming back but he was mindful of avoiding a repeat of the debacle that unfolded during last year’s 50-over World Cup in England after reports emerged that he casually expressed offer to come back and was rejected.

“I am uncertain about giving a definite answer because I have been very hurt and burned in the past. Then people will again think I have turned my back on our country. I can’t just walk into the team.

“…I have to work for my place and deserve it. It was very hurtful for me last year when people thought I assumed there was a place for me. I feel available and I will give it a go with everything I have, but I don’t want special treatment.”

If de Villiers can make a comeback, the credit would go to South Africa coach Mark Boucher, who convinced him to rethink his retirement decision, taken in 2018.

“I could write a book on ‘Bouchie’s impact just on my life, never mind cricket. I rediscovered that when I played under him at the Spartans (in the Mzansi Super League) in December. He was born to be an instructor. When he talks there’s respect.”

“‘Bouch’ asked me why don’t I give it another go,” de Villiers said.

De Villiers played in 176 of Boucher’s 461 matches for South Africa across the formats.