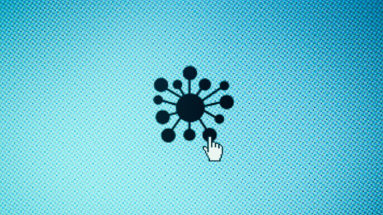 In the search for a treatment for COVID-19 disease, researchers have been targeting specific behaviours of the novel coronavirus (SARS-CoV2) that causes the disease. While the virus itself is still being studied, the hunt for a treatment is based on what is known so far about the way it infects humans.

So, how does it infect someone?

It begins with the “spike” that gives coronaviruses their name. A coronavirus is surrounded by a fatty outer layer (“envelope”) and on the surface of this layer is the “corona” (crown) of spikes made of protein.

On the surface of human cells is an enzyme called ACE2, which acts as the receptor that enables SARS-CoV2 to launch its attack. The virus’s spike protein binds to the receptor, then fuses with the cell surface, and releases its genetic material (RNA in the case of SARS-CoV2) into the cell. The coronavirus that causes SARS, called SARS-CoV, uses the same ACE2 receptor to invade a cell.

Once inside, the virus replicates itself by using the cell’s molecular mechanism. All these stages involve various interactions between virus proteins and human proteins. Any treatment being developed or researched will look to inhibit these activities at one stage or the other.

Which treatment specifically tries to inhibit which activity?

The Solidarity trials, a World Health Organization (WHO) initiative that includes India, are investigating four lines of treatment using existing drugs. Separately, various research institutions are studying the virus’s functioning in the hope that the knowledge will lead to repurposing of existing drugs or development of new ones.

The Solidarity experiments are trying to find out if virus activity can be inhibited:

The effect of these two drugs on SARS-CoV2 is still being studied around the world.

At replication stage: A number of trials are looking at obstructing replication at a key step during which the virus uses enzymes to break down proteins, leading to a chain of new viruses. The drug lopinavir, for example, has been known to inhibit the enzyme used by HIV to split proteins, but because lopinavir itself tends to break down in the human body, it is used in combination with ritonavir, which allows it to last longer. One set of Solidarity trials is looking at this combination of anti-HIV drugs, and another is investigating lopinavir-ritonavir combined with interferon-beta, a molecule that regulates inflammation in the body.

The Solidarity trials with the drug remdesivir, originally created to fight the Ebola virus, will seek to inhibit the novel coronavirus by targeting the action of a key enzyme that facilitates its replication. Previous studies had shown it effective in animals infected with SARS and MERS coronaviruses. This year, a study published in Cell Research reported that a combination of chloroquine and remdesivir can hinder replication of SARS-CoV2 in cultured cells.

What are other studies looking at?

Some studies are looking at the structure of the virus, while others are investigating its behaviour as a potential target for future drugs. For example:

Therefore, the researchers are analysing the sugar shield, and trying to calculate how the spike proteins move on the surface of the virus and how they change their shape. Using supercomputers, the researchers hope to identify binding sites for antibodies, and plan to compare these with the binding properties of existing drugs, and thus identify ingredients that can block the spike protein. “Of course, repurposing drugs that are already on the market is much faster than finding new active ingredients and testing them in lengthy clinical trials,” Gerhard Hummer, Director at the Max Planck Institute of Biophysics, said in a statement.

Behaviour: In a study last week in the Journal of Clinical Medicine, researchers from the Universities of Bologna and Catanzaro (Italy) mapped the interactions between virus proteins and human proteins. When the virus attacks, the body responds by activating certain proteins and deactivating others to hinder it. At the same time, the body has other mechanisms that the virus exploits. These were what the researchers mapped, identifying specific proteins.

“This valuable information about the effects of the new coronavirus on the proteins of human cells may prove to be fundamental in redirecting the development of drug therapies, since common antiviral treatments seem to be unsuccessful,” lead author Federico M Giorgi of the University of Bologna said in a statement.

Beyond the Solidarity trials, are there studies on specific drugs?

Reports are emerging from time to time. In Nature last week, an international collaboration led by researchers at ShanghaiTech University reported six possible drug candidates, which they identified after testing more than 10,000 compounds. The project targeted SARS-CoV2’s main enzyme for splitting proteins, Mpro, which plays a key role in mediating viral replication. Researchers added drugs directly to the enzyme or to cell cultures growing the virus, assessing how much of each compound is required to stop the enzyme. Six drugs appeared to be effective, they reported.