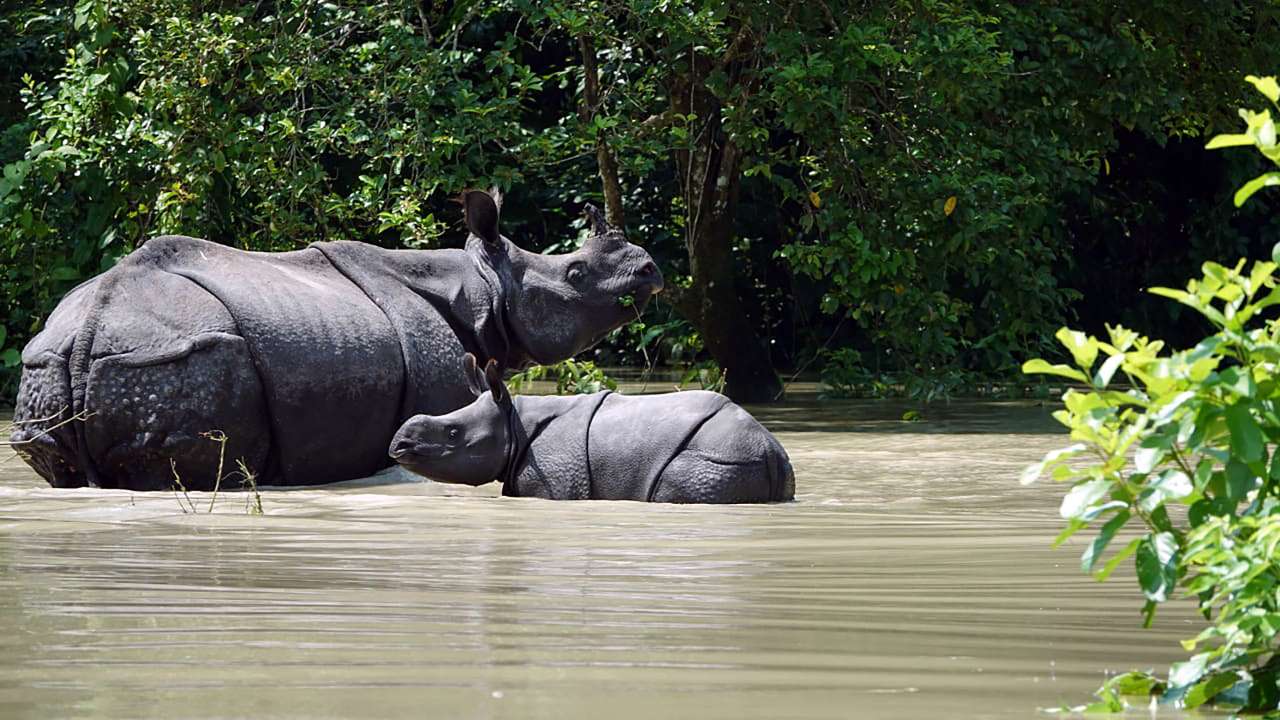 In what comes as a distressing development, a total of 129 animals have been reported to have lost their lives at the Kaziranga National Park and Tiger Reserve in Bokakhat in Assam due to drowning and other reasons on account of the severe floods in the state, according to the Assam government.

129 animal casualties reported at Kaziranga National Park and Tiger Reserve, Bokahat due to drowning and other reasons, so far,” said Government of Assam.

The animals which have been rescued include 14 rhinos, five wild buffaloes, eight wild boars, two swamp deer, 95 hog deer, a sambar, three porcupines, and a Python.

Floods have wreaked havoc in Assam`s various districts for the fourth time this year.

Normal life has been disrupted in Nagaon district due to floods caused by continuous rainfall in the region. People have moved their belongings and animals to temporary shelters.

“I have taken refuge in a school. We are getting food here. There is a lot of water in our house and on our way back. We cannot go right now. Government officials keep giving information about the places where we reside,” one of the flood-affected victims told news agency ANI.

Three more people lost their lives in flood-related incidents in Assam on Friday, taking the death toll to 96 in the state.

The State Disaster Management Authority said that the death toll due to floods has risen to 96.

The flood situation has worsened after the gates of the Karbi Langpi Hydro Electric Project were opened to release at least 25 meters of water in the Karbi Anglong district of Assam on Friday.

A total of 2,543 villages is reeling from the effects of the rising waters of the Brahmaputra, among its other tributaries, which have affected 1,22,573.16 hectares of crop.

Prime Minister Narendra Modi on Sunday said that a large part of the country was grappling with floods and asserted that the whole nation stands by those affected by the disaster.

The Prime Minister said that all governments, NDRF teams, disaster response teams, self-help groups are working in tandem to provide relief and rescue in all possible ways.

“On the one hand, we have corona and on the other, we have this challenge. In such a scenario, all Governments, NDRF teams, disaster response teams, Self-help groups are working in tandem to provide relief and rescue in all possible ways. The whole country stands by those affected by this disaster,” he said.