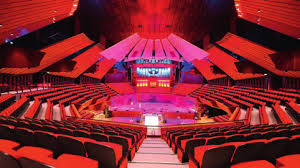 Cinemas, theatres and multiplexes will be allowed to re-open after more than six months, the Ministry of Home Affairs announced on Wednesday night. While announcing the guidelines for Unlock 5.0, the MHA said that theatres will be permitted to open with up to 50 per cent of their seating capacity. It comes as a major to an otherwise hit film industry. The closing of theatres led to a tussle between theatre chains and production houses, even several filmmakers taking their films to OTT platforms.

This also comes as a relief for big production houses that only wanted to release their films on big screens. Several big-budget movies like Akshay Kumar’s Sooryavanshi and Ranveer Singh’s 83 were postponed for the same reason.

Ecstatic at the news, Abhishek Bachchan tweeted, “The best news of the week!!!!”

“We welcome the government’s decision to open up the cinema and entertainment industry. This move will bring immense relief to scores of employees across the sector which has been one of the worst hit, through this pandemic. The health and safety of all – from cine-goers to cinema partners, production houses and execution agencies – will be of paramount importance and BookMyShow will uphold all SOPs as mandated for our users’ safe movie watching experience,” Ashish Saksena, COO – Cinemas, BookMyShow told Zee Business.

He said that BookMyShow has been closely working with all its partners across the cinema industry to build measures for a safe and healthy movie viewing experience and are thrilled to welcome audiences back to the silver screens.

“There is no doubt that India’s love for cinema is celebrated the world over, with movies forming the core DNA of Indian consumers’ mindset when it comes to out-of-home entertainment. As the situation improves and with the festive season upon us, we are confident that films will return to the big screen, where they truly belong and the movie-watching experience will pick up in our country, yet again,” he added.

Some of the last films to get a theatrical release were Shubh Mangal Zyada Saavdhan, Baaghi 3, Love Aaj Kal, all of which suffered a bad box office report due to the pandemic. Since then, many films opted for the OTT route. Sadak 2, Gulabo Sitabo, Khaali Peeli have all got released over the past couple of months on streaming sites.