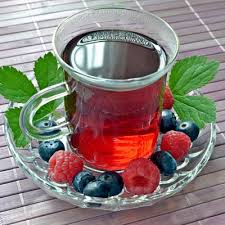 Eating foods like apples, berries and tea could help lower your blood pressure as effectively as some of the healthiest diets in the world, according to a study published today in Scientific Reports.

Consuming high amounts of flavanol, a specific plant nutrient founds in those foods, was linked to a reduction in blood pressure equivalent to that observed on the DASH diet, designed especially to treat high blood pressure, and the Mediterranean diet, ranked as one of the best by experts, the study found.

Researchers led by the University of Reading studied the diet of 25,618 residents in the UK, using urine samples to detect the levels of flavanols in the food they ate, and compare them to blood pressure readings.

That difference is comparable to changes seen on diets specifically prescribed by doctors to lower blood pressure. Those include the DASH diet (short for “dietary approaches to stop hypertension”), low in sodium and rich in whole grains, nuts, and fruits, as well as the Mediterranean diet, which is touted for a wide variety of health benefits and prioritizes fresh produce and healthy fats over red meat and processed foods.

This study found a diet high in flavanols did not make a significant difference in risk of cardiovascular disease risk or mortality. However, lead researcher Gunter Kuhnle, nutrition professor at the University of Reading, told Insider that was due to a variety of complicating factors, but there’s still likely to be a promising benefit for heart health.

“It reduces risk a bit but not enough to be measurable with the tools with that we have,” he said. “It’s such a small change that with the noise from everything else, it’s difficult to detect.”

Tea, apples, and berries are some of the most common sources of flavanols

Coffee drinkers tended to have lower levels of flavanol.

Coffee does contain other antioxidents, including other flavonoids (a broad category of plant nutrients of which flavanol is one example). If you do drink coffee, that doesn’t necessarily negate the benefits of flavanols, so long as you regularly enjoy a cup of tea as well, he added.

In the UK, tea is one of the most common sources of flavanols for many people, but coffee drinkers are likely to consume less tea.

“I think it’s essentially because tea and coffee replace each other,” Kuhnle said.

Chocolate was also linked to high flavanol levels. The study was funded in part by a grant from food company Mars, Inc., and two of the researchers are employed by the company.

While previous research has made promising connections between plant nutrients and heart health, including blood pressure, this study was able to make a stronger link with extremely accurate testing.

Typically, nutritional studies get participants to track their own food in a diart. Here, researchers used urine samples to measure flavanol levels at the same time as they took blood pressure readings, suggesting a more direct relationship.

“Foods have a huge difference in compositions, it’s impossible to know how much is in the food without analyzing it if you’re looking at a specific compound,” Kuhnle said. “If you use a food diary, all you get is a person had a cup of tea. But a cup of tea can be anything from 10 mg to 600 mg.”

Logistically, the study was challenging since it involved organizing and analyzing more than 25,000 samples. Kuhnle said he’s been working on the idea for more than a decade, informed by 20 years of fascination with polyphenols, plant micronutrients including flavanols.

“Measuring dietary intake is almost like detective work,” Kuhnle said. “It was an absolutely fascinating project in many aspects.”