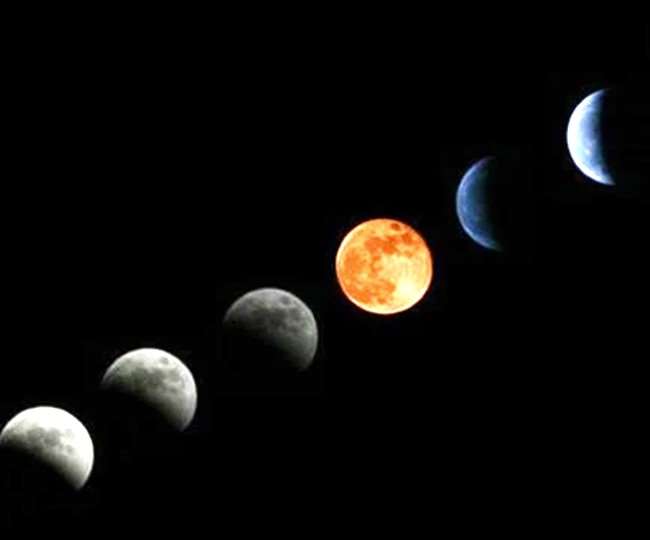 Lunar Eclipse November 2020: In India, the lunar eclipse 2020 will start at 1:04 pm and end at 5:22 pm. Check out the list of places where Chandra Grahan or Lunar Eclipse will be visible in India.

Lunar Eclipse November 2020: A solar eclipse occurs when the moon gets between Earth and the sun, and the moon casts a shadow over Earth, whereas, a lunar eclipse or Chandra Grahan occurs when Earth comes in between Moon and Sun. When the Sun, Earth, and the Moon are not fully aligned, thus the Earth obstructs some of Sun’s light from reaching the Moon. It can cause a slight darkening of the moon.

What are the types of lunar eclipses?

This year, a total of four penumbral lunar eclipses were expected to take place, out of which the first lunar eclipse took place on January 10, the second on June 5 and the third on July 5. Incidentally, the three previous lunar eclipses that occurred this year were Penumbral.

However, the upcoming and last penumbral lunar eclipse of 2020 will take place on the full moon date of Shukla Paksha of Kartik month on November 30, Monday.

This penumbral eclipse would not be complete as the penumbral shadow of the earth would cover only 82% of the moon during the maximum of the eclipse. The next lunar eclipse will occur on May 26, 2021, Wednesday.

According to Time and Date website, the lunar eclipse will be seen in most of Europe, most of Asia, Australia, North America, South America, Pacific, Atlantic, Arctic. However, the visibility will depend on the weather condition in each location.

Lunar Eclipse 2020: Where it will be visible in India?

The penumbral eclipse would be visible in India only from some northern and eastern parts of the country. As per drikpnachang,”Patna, Ranchi, Kolkata, Lucknow, Varanasi and Bhubaneshwar are some popular cities in India, where Penumbral Lunar Eclipse will be visible.”

How many Lunar Eclipses are there in 2020?

This year, a total of six eclipses is expected to take place, out of which four (three lunar and one solar) eclipses have already occurred in January, June and July. The upcoming lunar eclipse is on November 30, 2020. The last, solar eclipse (total) of the year is expected to occur in December.