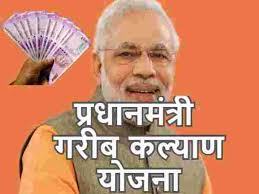 he government today announced a relief package to deal with the economic impact of Covid-19 in India.

The central government on Thursday announced a slew of measures directed at helping out low income group people during nationwide lockdown under the impact of novel coronavirus infection.

It has decided to pay the provident fund contributions for three months of any company where 90 per cent of staff get less than Rs 15,000 as salary a month

Union Finance Minister Nirmala Sitharaman said, “The government will pay both employee’s and employer’s contributions to the provident fund for three months for establishment with 90 per cent of staff with Rs 15,000 wage.”

The government also allowed advance against the PF contribution made by the workers to the tune of 75 per cent of PF deposits or equivalent to three months’ salary, whichever is lower. The government order says the PF regulations will be amended in the view of Covid-19 outbreak.

The announcements were made at a press conference by Sitharaman and her deputy Anurag Thakur. The measures were announced in the middle of a 21-day nationwide lockdown to contain spread of novel coronavirus pandemic in India.

The pandemic has led to shutdown and massive losses to businesses. The smaller business entities have suffered the worst and the lower income groups were particularly affected.

The announcement came as part of PM Garib Kalyan Package unveiling economic measures worth Rs 1.75 lakh crore to help the poor to fight the battle against Corona Virus.

The government release underscored that wage-earners below Rs 15000 per month in businesses having less than 100 workers are at risk of losing their employment. Under this package, the government proposed to pay 24 per cent of their monthly wages into their PF accounts for next three months. A total of Rs 5000 crores has been allocated for this purpose.