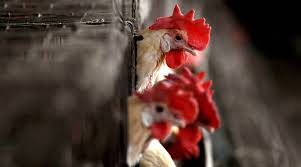 Samples of birds from 16 districts of Maharashtra have tested positive for avian flu, an official from the state animal husbandry department said on Friday. The state has so far disposed of 39,483 poultry birds, 35,515 eggs, eight geese and 53,046 kg of bird feed as a precautionary measure, the official said.

“At least 16 districts had sent samples of dead birds for testing, which were found positive for avian flu. A migratory goose in Wardha district also tested positive for the infection,” he said. The first case of bird was reported in the state on January 8 and since then, 14,524 have been found dead, he said.

The state has sanctioned operational cost of Rs 1.30 crore for disposing off dead birds and as compensation to poultry farmers, he said. The state has also reported death of 732 birds including several poultry birds, crows and other birds on Thursday.