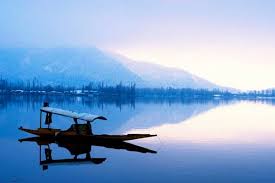 Agra’s Taj Mahal already receives lakhs of tourists every year and the decision to choose Agra Fort will further brighten up the prospects of tourism in Agra.

12 iconic tourist sites selected under ‘Swachh Tourist Destinations’! In a significant boost to promoting tourism in the country, the central government has selected a total of 12 tourist sites spanning across nine states and UTs under the initiative of Swachh Tourist Destinations. The sanitation and renovation efforts will be spearheaded by the newly formed Ministry of Jal Shakti in a bid to increase the footfall of not only domestic tourists but also international tourists at the famous sites. The twelve sites include Ajanta Caves, Sanchi Stupa, Jaisalmer fort, Golconda Fort, Sun temple, Dal lake among others, as per the release issued by the Ministry of Jal Shakti.

The Swachh Tourist Destinations initiative comes under the overarching Swachh Bharat Mission of the Modi government which was launched by the government in its first term. The 12 sites have been selected under phase IV of Swachh Iconic Places (SIP) project which is a sub-mission under Swachh Bharat Mission-Grameen (SBM-G), as per the government release. In a bid to increase tourists footfall at these world famous sites, the project has envisaged to imporove sanitation and cleanliness standards at and around the tourist sites. In addition to the Department of Drinking Water and Sanitation (DDWS), Ministry of Jal Shakti, the project will also see Ministry of Housing and Urban Affairs (MoHUA) and Tourism Ministry joining forces to make the project successful.

The twelve tourist destinations zeroed on by the Jal Shakti Ministry include tourist places spread across in different corners of the country. While the maximum of three sites have been chosen from the state of Rajasthan, two destinations have been chosen from the state of Uttar Pradesh.Kumbhalgarh Fort, Jaisalmer Fort and Ramdevra have been picked from Rajasthan state which already registers a sizeable number of tourists due to its palatial forts and rich flora and fauna including several migratory birds that visit the semi-arid state.

Banke Bihari Temple, Mathura and Agra Fort have been selected from Uttar Pradesh. Agra’s Taj Mahal already receives lakhs of tourists every year and the decision to choose Agra Fort will further brighten up the prospects of tourism in Agra. Dal Lake which is synonymous with the Srinagar city and considered its jewel has been selected by the Ministry to boost dwindling tourism in the newly formed Union Territory. Here is the complete list of twelve tourist sites which have been chosen under the initiative.

The government, in the next phases of the Swach Bharat Mission, is expected to choose other unique tourist destinations covering the entire length and breadth of the country.