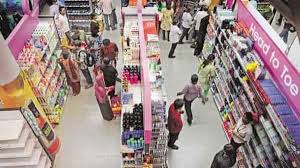 New Delhi: India’s retail body, Retailers Association of India (RAI), that represents scores of retailers across apparel, electronics, footwear, grocery chains and restaurants has made a submission to the government of Haryana, seeking withdrawal of the recently notified reservation bill that seeks to reserve 75% of private jobs for locals that have a monthly salary ceiling of Rs. 50,000.

“The notification will severely impact the retail industry in the state, which has recently started showing signs of recovery after being significantly impacted by the covid-19 pandemic and the subsequent lockdown, said Kumar Rajagopalan, CEO, Retailers Association of India (RAI). “RAI members have at no point in time been averse to providing jobs to locals. However, such a proposal may seriously impact the ease of doing business in Haryana and also may impact foreign direct investments in the state,” he added.

Earlier this month—the Haryana government notified an act implementing 75% reservation for local people in private jobs with a monthly salary ceiling of Rs. 50,000. The act extends to the whole of the State and it will be in effect for ten years and applies to “all the Companies, Societies, Trusts, Limited Liability Partnership firms, Partnership Firm and any person employing ten or more persons and an entity, as may be notified by the Government, from time to time”, Mint reported earlier. Several industry bodies have opposed the idea of the reservation which they say will spell disaster for the state.

India’s retail sector is a highly worker intensive and employs millions in the country.

RAI argued that retail industry is highly labour-intensive; a proposal reserving jobs for locals will impact productivity and industry competitiveness. “This proposal will cause an increase in the cost of goods and services, which eventually will have to be passed to the public at large. Furthermore, this move may force many retailers to shift their businesses from Haryana to neighbouring states,” RAI said in its statement.

RAI said the move is “unreasonable, unsubstantiated and unprecedented,” and unfavourable to the industry. India’s retail industry is estimated at $854 billion.