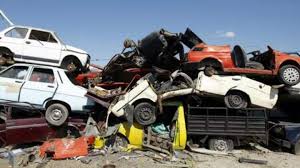 Draft policy being put into place to curb pollution, input costs for the auto industry as a whole.

India’s automobile industry and the consumption demand in the economy will likely get a leg-up from a ‘voluntary’ vehicle scrappage policy announced by road transport and highways minister Nitin Gadkari in the Lok Sabha on Thursday, even as it will have a salutary effect on environment due to mitigated vehicular pollution.

The policy lays emphasis on fitness, rather than age of a vehicle; it will be rolled out in phases starting from October this year, but will take full effect only in late 2024.

The policy, now in the draft stage, is meant for the entire country, but it is unclear if a 2015 Supreme Court order validating a National Green Tribunal directive that prohibited diesel cars older than 10 years and petrol vehicles older than 15 years from plying on the National Capital Region would prevail on it.

Other likely beneficial results of the policy include its potential to give a boost to the government’s goods and services tax (GST) revenue, develop an organised vehicle-scrapping industry, and rein in the input costs for a range of industries, including automobile, steel, electronics and white goods.

Gadkari said: “The Voluntary Vehicle Fleet Modernisation Programme will enable Indian auto industry to take its turnover to ₹10 lakh crore (in a few years) from ₹4.5 lakh crore at present… availability of scrapped material will reduce the cost of auto components by 30-40%.”

A carrot-and-stick approach is proposed, whereby scrapping of ‘old vehicles’ (those that passed the thresholds mentioned above) will be promoted with assorted incentives: Scrap value at 4-6% of ex-showroom price of new vehicle, 5% discount on purchase of new vehicles, road tax rebate by states, at the rate of 25% for personal and 15% for commercial vehicles and waiver of registration fee for new vehicle purchased on scrapped vehicles.

If fitness and its registration certificates are renewed, a private vehicle can ply on the roads even after 20 years of first registration and a commercial vehicle beyond 15 years. However, increased fitness fees and re-registration charges would act as a deterrent for an owner to retain old vehicle.

Vehicles owned by the government or public sector units, panchayats and state transport undertakings will straight away go for scrapping after 15 years in service.

A new law often supersedes an SC order unless it is unconstitutional, but it is not immediately clear how solid a legal backing the instant policy will have: the possible legal instrument is the Motor Vehicles Act.

Also, many of the incentives offered under the policy will need the state governments’ concurrence, given the revenue outgo involved. Road transport is in the concurrent list.

The minister said vintage cars will be outside the purview of the new policy.