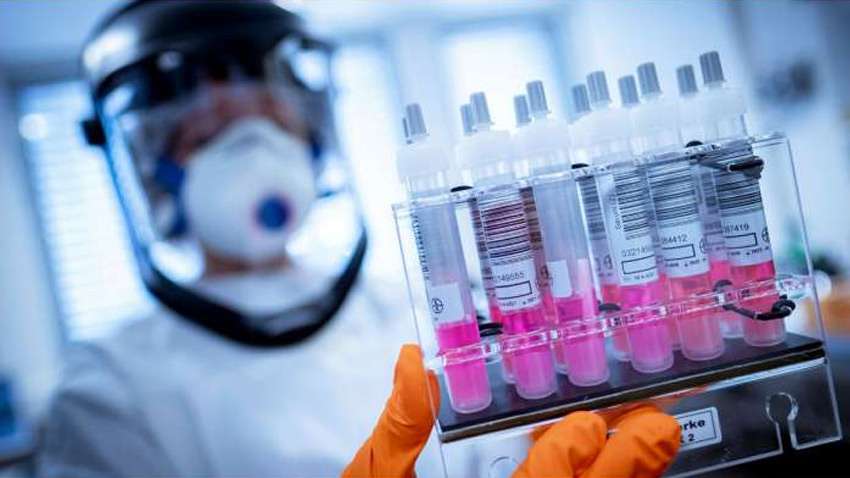 There are many other vaccines on the pipeline. But we can’t wait for these anymore; these are to be kept for future use.

In my last but one article in this column(14 March), I have advocated vaccination of all age groups by opening all health centres 24x7hrs, where facilities are available, in view of the massive scale of vaccination the country has to undergo. I also advocated vaccine choice with reasons mentioned. Here, I will advocate the import of Johnson and Johnson vaccine on priority basis, if available, and to permit manufacturing it with other Indian companies without further delay. The reason is simple- it is a single dose, requires regular refrigeration for shipment and storage and a high efficacy rate with less side effects.

1. India’s massive scale of vaccination: With around 1.4 billion population, we have to cover 60-70 percent of the population to have a semblance of herd immunity. At present, we don’t have reliable all India herd immunity data. With around 6.43 crore vaccinated so far (31/03/21) since the vaccination drive which started on January 16, only God can tell us how long we will take to cover that 60-70 percent of population mentioned above. The drive has covered about 21.4 per cent of the 1st phase target of 30 crore in about 10 weeks. At this pace, India will require about 4 years to cover about 120 crore population. Add 2nd dose vaccination to this, one can imagine the number of years required. Around 92.6 lakhs are fully vaccinated with 2 doses so far.

2. Herd immunity (community immunity): It refers to the protection from an infectious disease when sufficient proportion of a population can no longer acquire or transmit infections. For Sars-CoV-2, it is based on R0 (R nought) 2 and 3 i.e. number of secondary infections. However, it is not static and depends upon many variables-viral mutation, physical distancing etc. It assumes complete susceptibility. Based on this R0, the community should have a threshold of around 60-70% of herd immunity to stop transmission. At present, we don’t have reliable all India herd community data with authority always hiding in lack of data.

Many are of the view that R-the effective reproduction rate’ to infection within a population due to vaccination or `Rt-R specified at a particular time’ are better methods.

Various vaccine options: At the onset, I would like to state I am neither a virologist nor an epidemiologist doing research. I am a simple public health specialist who had practical experiences in working in a Sub-centre, PHC, District hospital, national health programmes and finally reaching the top post of Director of Health Services. Let me try to do the best for the understanding of common people for top 5/6 vaccines currently in use.

Johnson and Johnson vaccine (Janssen): it is a 1 dose vaccine and approved by CDC of USA on 27 February this year. About 53.4 million Americans have been vaccinated by it. It is my 1st choice for the simple reason that it is a single dose one and requires regular refrigeration for shipment and storage i.e. can be stored at refrigerator temperatures. Efficacy varies from 57-72 percent in different trial countries with 72 percent in the USA. It is a viral vector vaccine, a version of adenoviruses which causes mild cold and flu. The company modified this virus to include DNA that codes for the spike protein on covid 19 virus. The mechanism is similar to mRNA vaccine (Pfizer and Moderna), except the process of making the spike protein starts at the DNA versus the mRNA stage in protein translation. The protection varies from 66-85%. It gives 85% protection of moderate to severe covid19 cases and 100% protection from death due to Covid19. Its price is USD10 per shot, quite reasonable. GOI can further negotiate a reasonable one for sure.

This vaccine will save billions and billions of Rupees due to its 1 dose delivery. India must order it immediately and allow other Indian pharma Cos. for joint venture. Imagine the money it could save-cold chain system, manpower and money saved, efforts saved, working hours saved, waiting time, saved etc.- in short saving the whole vaccine delivery process. I am not good in financial statistics and hence left to economists. But using common sense, it will save crore and crore of INR.

Swadeshi Bharat Covaxin: It is a perfect example of Aatmanirbhar. It is an inactivated vaccine. The whole virus is killed with a chemical and used to make the vaccine. It is the same approach as in Polio, Hepatitis A and Rabies vaccines. It also simply means that it will have fewer side effects. Swadeshi Covaxin can bring down the number of symptomatic Covid cases by nearly 81 per cent in those vaccinated as compared to those receiving a placebo. That further means a higher chance of protecting vulnerable populations against COVID. Lancet had also published the 2nd phase trial results stating that it had 10-12 per cent less side effects when compared with other Covid-19 vaccines. It has 81 per cent interim efficacy in phase-3 trial evolving a huge 25,800 volunteers across the country.

If given choice, as a doctor, I will definitely choose Johnson Johnson for its single dose and Covaxin for its fewer side effects. It is as simple as that.

Covishield (Oxford AstraZeneca/Oxford ChAdOx1 nCoV-19): It is an Indian product of Oxford AZ vaccine. It is a non-replicating vectored vaccine just like Johnson and Johnson’s. Its efficacy varies from 70.4-73 per cent. 2nd dose is usually given after 2weeks interval. But efficacy varies with a gap between 1st and 2nd dose of injection. It received emergency authorisation in 70 countries; but later on many suspicions of its side effects of blood clots in vessels draining to the brain arose. Many countries have suspended its use. The USA has still not approved its use. Its controversy refuses to die. Latest Interim results from phase 3 clinical trials conducted on 32,000 participants in the US, Peru and Chile showed that it had an efficacy of around 79 % even when the second dose was given 4 weeks after the first dose. The efficacy in the cases of severe or critical symptomatic Covid-19 was 100 per cent. The analysis, published in The Lancet on February 19, 2021, has found Covishield’s efficacy is 55.1 per cent when its two doses are administered less than six weeks apart but 81.3 percent when administered 12 weeks apart.

India has raised its interval between the 1st and 2nd doses to 8 weeks in its ongoing vaccination drive on the premise that the protection is “enhanced” if 2nd dose is administered between 6-8 weeks. Its price in private hospitals is Rs 250/ per shot, same as that of Covaxin.

Russia’s Sputnik V vaccines: Since being approved by Russian health authorities in August last year, Sputnik V jab has been approved by over 52 nations. Leading medical journal Lancet had said that its jabs were 91.6 per cent effective against coronavirus as is Johnson Johnson, we have to negotiate a reasonable price line. Italy is Europe’s first country to manufacture it.

Mechanism: It is a vector vaccine based on adenovirus DNA, uses two different human adenoviruses–Ad26 and Ad5–for its two vaccine doses. This hybrid vaccine, with different vectors for prime and booster vaccinations is likely to enhance its efficacy. The vaccine is likely to offer 2-year-long protection against Covid-19, according to Alexander Gintsburg, the vaccine’s developer head. It can be stored at 2-8 degrees Cl for two months, according to the developer.

India’s Drugs Controller (DCGI), last month sought more data on Sputnik V vaccine trials from Dr. Reddy’s on February 24 meeting. Dr. Reddy has since submitted additional data. Phase III trials have also been completed, data is being analysed and findings likely to be ready early. The Russian Direct Investment Fund (RDIF) has a partnership with Dr Reddy’s for the clinical trials and distribution of the vaccine, developed by Gamaleya National Research Institute of Epidemiology and Microbiology, in India.

If approved, Sputnik will join the indigenous Bharat Biotech’s Covaxin and Covishiel/AstraZeneca manufactured by Serum Institute of India, the 2 vaccines used in the Nation’s immunisation programme since January 16. RDIF has got into manufacturing partnerships for Sputnik V with 4 vaccine makers in India for at least 750 million doses a year. Three of them, Hetero Biopharma, Gland Pharma and Virchow Biotech, are Hyderabad based, while Stelis Biopharma is Bengaluru based. I advocate to hasten approval by DCGI; indecisiveness and delay be avoided now in the nation’s interest.

Pfizer and BioNTech’s vaccine, the first to receive authorization for emergency use from FDA of the USA in December after finding 95 percent effective, currently accounts for more than 46.8 million of the total vaccine doses administered in the USA, according to CDC. The vaccine requires ultra-cold storage (-76 to -112 degrees F), hence to be rejected by India in toto. There is no question of using it in India. The vaccine, which requires two doses, costs USD39 in the United States and £28 in the EU i.e. very costly too. The mechanism for Pfizer and Moderna is the same i.e. mRNA vaccine.

Moderna vaccine is the second to be approved for emergency use by the FDA after it was found to be 94.5 percent effective. It accounts for more than 44.9 million of the total vaccine doses administered in the United States, according to the CDC. The vaccine is to be stored at -20 degrees F, or normal freezer temperatures. Hence, it is not suitable in Indian conditions. The company charges $30 for the required two shots in the U.S. and $36 in the EU i.e. costly also.

Objective – vaccinate as many as possible in the shortest period: There are many other vaccines on the pipeline. But we can’t wait for these anymore; these are to be kept for future use. Approve another 2 vaccines-Johnson and Johnson and Sputnik V immediately.

i) Open the vaccination to all age groups except below 18 yr. ii) give vaccine choice to the consumers. The country be flooded with the vaccine choices given at sl.1- 4 above iii) time slots of 24 x7 hr services be made available in health centres having facilities at PHCs, CHCs, District hospitals, medical colleges and private hospitals iv) Anaphylactic shock management at vaccine centres- by this, I mean availability of a physician/anaesthesiologist/well-trained doctor round the clock with Ambulance referral services to treat severe side effects. This is a must to enhance peoples’ response to vaccination.

Now is time for Indian regulators and Central Corona Advisory Team to abandon indecisiveness, too much cautious and long Qing time decision before the mad virus strikes us with the 2nd wave of infection. The Prime Minister may have a look at it and give instructions accordingly.