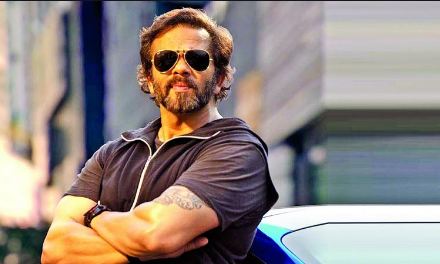 The next season of Khatron Ke Khiladi is all set to go on the floors soon, and the makers have already finalised the contestants. And it appears a Bigg Boss 14 reunion is set to happen on the Rohit Shetty-hosted series.

As per sources, Khatron Ke Khiladi 11 will see Rahul Vaidya, Nikki Tamboli and Abhinav Shukla competing against each other. While Nikki and Rahul were quite friendly on Bigg Boss, they did not share a warm bond with Abhinav. However, towards the finale of the show, Nikki became close to Abhinav and his wife Rubina Dilaik, who eventually won the season.

Arjun Bijlani being one of the contestants this season. Other television faces joining the series are Sana Sayyad (Lockdown Ki Love Story) and Anushka Sen (Apna Time Bhi Aayega).

Khatron Ke Khiladi 11 will be shot in Cape Town, and will have Rohit Shetty return as the host. The team has been working on the final logistics and will fly off in May for a month long schedule. The contestants and crew will undergo a quarantine period before traveling and the shoot will happen amid a strict bio bubble. While the episodes would be filmed now, the show will only go on air later, once Dance Deewane 3 wraps up.

Launched in India in 2006, Khatron Ke Khiladi is adapted from the popular American game show Fear Factor. Mukul Dev, Akshay Kumar, Priyanka Chopra and Arjun Kapoor have each hosted the show in the past. KKK10 was won by Karishma Tanna. Karan Patel and Dharmesh Yelande ended up as the first and second runners-up, respectively. With restrictions on international travel last year, the makers produced a short season, Khatron Ke Khiladi – Made in India with all former contestants. The show was won by Nia Sharma.