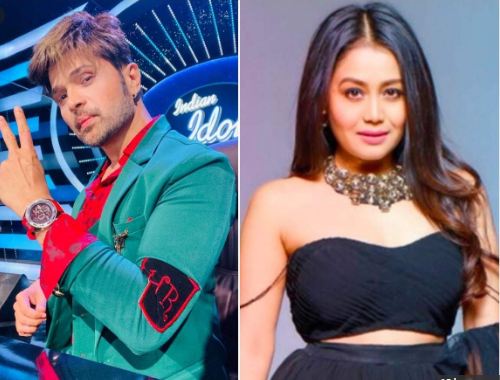 Indian Idol team relocated to Daman two weeks ago, due to the restrictions in Maharashtra. However, the judges Neha Kakkar, Himesh Reshammiya and Vishal Dadlani have been missing in action and lyricist Manoj Muntashir and Anu Malik stepped in to judge a few episodes. There was speculation about Neha, Vishal and Himesh not returning to the show until they resume shoot in Mumbai. But we have got to know that Neha and Himesh travelled to Daman on April 29, shot for two days and returned back to Mumbai.
A source said, “While Vishal will not be travelling to Daman, Neha and Himesh are back on the show. They travelled from Mumbai to Daman for the shoot. It’s good to have the judges back because their absence was being felt.”

Aditya Narayan, host of Indian Idol 12, recovered from coronavirus a few days ago and resumed work soon after. He is back to hosting the show. Rithvik Dhanjani and Jay Bhanushali had stepped in for him when he was recuperating at home. The episode that aired last weekend saw contestants Pawandeep Rajan and Ashish Kulkarni also return to the stage. They too had tested positive for COVID-19.

Neha had gone missing from the previous episodes because was celebrating her six-month anniversary and had taken a break from work to spend time with husband Rohanpreet Singh. The team will be filming in Daman for a couple of more episodes, till shooting is permitted in Mumbai. In the past many popular Bollywood actors like Rekha, Jaya Prada, Jeetendra, Neetu Singh and Jackie Shroff have graced the show.