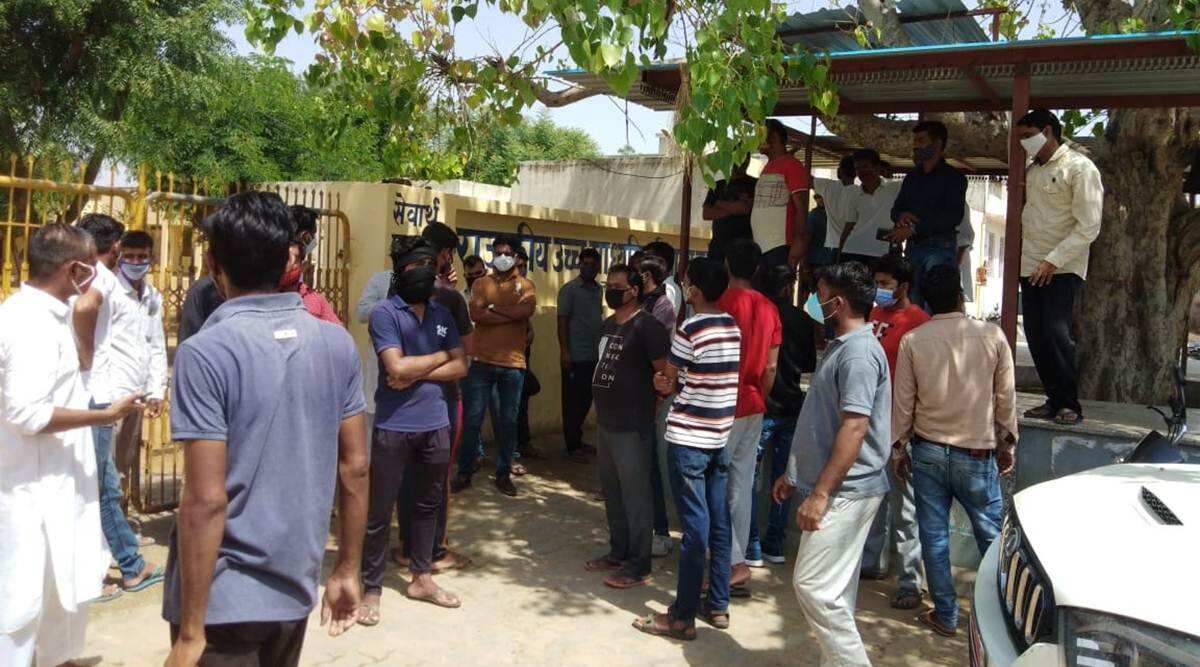 Jajod sarpanch Suman Devi’s husband Mahavir Ranwa claimed that of the 80 people aged 18-44 supposed to be vaccinated on May 22, the majority of those who had got the slots were outsiders.

The shortage of vaccines has been forcing people to opt for even those vaccination centres away from their home town or district. One such incident in Rajasthan sparked furore as the locals forced the vaccination drive to stop. In Jajod village of Sikar district, local residents forced the Covid-19 inoculation for the 18-44-year-old category to stop after they found out that most of those registered to receive the vaccines were outsiders.

As the tension soared, the police were called in to control the situation. Jajod sarpanch Suman Devi’s husband Mahavir Ranwa claimed that of the 80 people aged 18-44 supposed to be vaccinated on May 22, the majority of those who had got the slots were outsiders. “Some had even come from other districts such as Churu, Bikaner, and Nagaur,’ Ranwa told the Indian Express.

He said that it is not fair that the inoculation is taking place in their village but the villagers won’t get a chance and outsiders will get vaccinated. “The Community Health Centre in Jajod is a Covid Care Centre, and villagers should be vaccinated first,” he said.

The IE reported that a similar situation is occurring in many districts as people are choosing slots available in faraway places due to an increase in the rush for jabs among 18-44-year-olds and the shortage of vaccines at the same time.

The age bracket is also emerging as an issue in some places. 50-year-old Banna Ram Jat who visited the government upper primary school in Akhtari village of Tonk district along with his wife to get vaccinated expressed anger as his wife could not make it to the 45+ category. He claimed that his wife is older than 45 even though her Aadhaar says she is 43 at present. “Does she look like a child to you? We are old people, isn’t it obvious?” he argued saying that information on the Aadhar card showing her date of birth as 1978 is incorrect.

In Jajod, the administration could schedule a fresh session only in the afternoon after the villagers were placated. Till then, the morning session was washed out.

Ranwa said that the administration agreed to hold another session exclusively for the villagers after 3 pm as the villagers protested. “Only the villagers of Jajod were told about this. But at the time of vaccination, we found that more people from outside places had arrived after booking slots online. In the end, only about 30 of the 90 doses were given to people of our village, the rest went to outsiders,” he claimed.

Laxmangarh Sub-Divisional Officer (SDO) Kulraj Meena said that there was a time when they had to persuade people to get vaccinated but the situation is completely opposite now. He said that the situation at present is such that if a camp is held in one village, people from adjacent villages are coming there for vaccination after booking the slots online leading to a conflict between the locals and outsiders.

He informed that the district administration had been apprised of the situation.