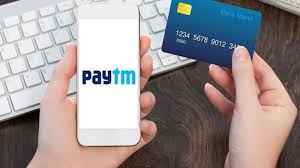 New Delhi: Paytm IPO – Paytm is preparing to launch an initial public offering (IPO) this year. Paytm IPO aims to raise a staggering amount around USD 3 billion. Paytm IPO is likely to be launched in later part of 2021. If it manages to fetch the amount of USD 3 billion, then Paytm IPO could become the largest debut ever in Indian share market, according to an IANS report.

Paytm IPO is likely to be opened for subscription in the country in November around Diwali 2021. The e-commerce payment company is backed by investors such as Ant Group, Berkshire Hathway, and Softbank, the IANS report says.

Paytm is on track to break even in 12-18 months with increased financial discipline and targeted strategic investments, investment research firm Bernstein said in a pre-IPO primer.

“Paytm has come a long way from a simple digital wallet business to an integrated payments ecosystem. We believe the next stage of growth will be led by financial services, particularly delivering seamless credit tech products to consumers and merchants. With increased financial discipline (rare in the hyper-competitive payments space), Paytm is on track to break even in 12-18 months. We expect Paytm to continue being the largest payments and fintech ecosystem in India,” Bernstein said in its report.

Paytm, formally called One 97 Communications, is eyeing a mammoth valuation of around USD 25 billion to USD 30 billion, as per reports.

Read More:-Rs 819-crore RailTel IPO opens today, February 16: Should you subscribe to it?

Paytm has realigned its payments strategy around merchant payments leadership. Paytm’s beneficiary UPI market share (a proxy for merchant receipts) is rising month-on-month and was 16 per cent in April, according to IANS report. “We expect Paytm’s revenue base to double by FY23 to $1 billion with non-payments revenue contributing 33 per cent,” Bernstein said.