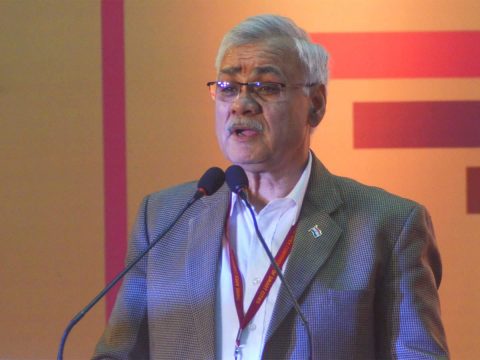 Durga Shanker Mishra, secretary of the Ministry of Housing and Urban Affairs

India’s real estate market is expected to touch $1 trillion by 2030 as demand for housing recovers from the “setback” caused by the first and second waves of the COVID-19 pandemic, a top government official said.

“The size of the real estate sector was around $200 billion two-three years ago. We expect the real estate market to touch $1 trillion by 2030,” Durga Shanker Mishra, secretary in the housing and urban affairs ministry, said at a conference on July 21.

Rising demand for housing and reforms of the past seven years such as the Real Estate (Regulation and Development) Act, the Model Tenancy Act and steps taken to facilitate doing business in India will drive the market, Mishra said at the event titled ‘Real Estate – Creating Demand: The REset 2021 and Beyond,’ organised by the Confederation of Indian Industry.

Mishra said employment in the real estate sector is poised to rise.

“Our prediction for the future is that around 7 crore (70 million) people will be employed in this industry,” he said. The number of people employed in the real estate sector was 55 million in 2019.

Mishra said states have been asked to implement the Model Tenancy Act, which was passed by the Union Cabinet in June, at the earliest. On concerns raised over the fate of traditional ‘pagdi agreements’ in Mumbai, Mishra said the new law will not be retrospective and existing rent agreements will not come under its ambit.

“It will be prospective in nature,” he said, referring to existing agreements. “Once states make this law, it would open up the market. Houses can also be utilised as hostels. The dead investment will start reaping returns.”

Demand will also be spurred by growth in the urban areas. About 880 million people are expected to live in towns and cities by 2051 compared with about 460 million currently, creating huge potential for real estate development.

Mishra said RERA had transformed real estate and changed the perception of the sector.

“Consumers now have confidence that their investments are safe,” Mishra said.

About 67,000 real estate projects and 52,000 property agents are registered under RERA. Real estate authorities set up under this law have cleared more than 70,000 cases. All states, except West Bengal, have implemented RERA, he said, adding that the ministry has written to the state government about this.

On the ease of doing business, Mishra said India has made significant improvement on the parameter of construction permits and has risen in the rankings to 27 from 186 earlier.He said the government has allowed permission for construction to be given online, which will help to eliminate delays and corrupt practices.

“We are hoping that all 4,000 towns and cities would provide online construction permits by March next year,” he said.

Mishra said the Affordable Rental Housing Complex scheme launched by the government to develop homes for migrant workers will also create business opportunities for the sector. He asked developers to focus on providing affordable homes and to look into the preferences of the younger generation.

“It is important to look into what kind of houses the younger lot wants, what they can afford. Do they prefer 60 square metre or 90 sq. m apartments with all modern amenities thrown in? Affordability of units is the key,” he added.Mishra also emphasised on the need to adopt state-of-the-art technologies in the construction sector. Following the Global Housing Technology Challenge, six cities have been chosen for the deployment of some of the best construction technologies in housing sector.

“New technologies are most resource-efficient and will increase the pace of construction,” he said.

Neel Raheja, co-chair of the CII National Committee on Real Estate and Housing and group president of K Raheja Corp, said high government charges and finance costs are hindering affordability.“Despite challenges, the Indian real estate sector is on the growth trajectory and new opportunities are emerging from sub-sectors such as warehousing, data centres and logistics,” he said.

He also mentioned the high risk weightage that the Reserve Bank of India had given to the real estate sector, which was a deterrent in raising affordable finance.“There are restrictions on InvIT and REIT financing, land financing, foreign portfolio and ECBs, which need to be looked into to enable the real estate industry to tap low-cost finance for the housing sector,” he added.

“Capital at a low cost is floating from across the world and the Indian real estate market is poised to take benefit of it and attract investments,” he said.Mohit Malhotra, managing director and CEO of Godrej Properties, said there is a need to attract equity capital to fuel growth and stressed that the latest technology should be used to enhance productivity.“Industry should now focus on attracting equity capital and look at bringing in corporate culture, professionalism, governance, customer-centric approach and higher productivity,” he said.