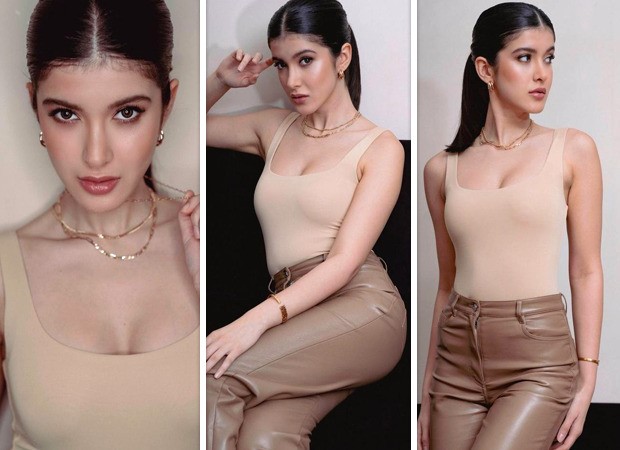 It’s safe to say that Shanya Kapoor has quickly proven herself to be a star-in-the-making.

Shanaya Kapoor stuns fans with her gorgeous looks as she rocks nude outfit during her latest photoshoot.

Shanaya oozes glamour in a nude U-neck spaghetti top which she teams up with matching leather pants.

Shanaya Kapoor, who is the daughter of actor Sanjay Kapoor and Maheep Kapoor, strikes a sexy pose in her chic outfit.

The emerging actor accessorised her look with a stylish golden neckpiece and earrings.

Shanaya Kapoor came into the limelight after she debuted at the 2019 Le Bal in Paris.

Karan Johar’s Dharma Productions is all set to launch Shanaya Kapoor. She also served as an assistant director for her cousin Janhvi Kapoor’s Netflix film Gunjan Saxena: The Kargil Girl.