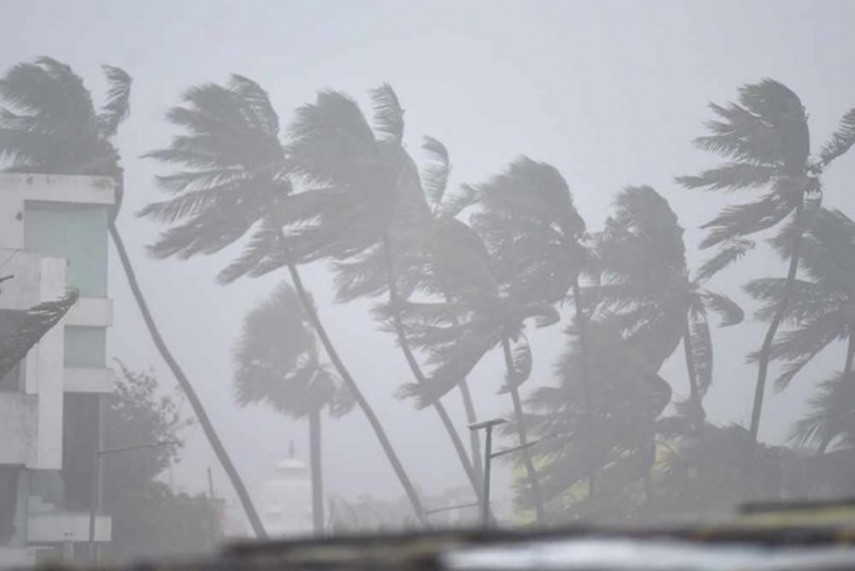 Six fishermen from Palasa, who were returning to their native village by sea in a new boat they purchased in Odisha two days ago, were caught in the cyclonic storm.

Amaravati: Two fishermen from Srikakulam district of Andhra Pradesh lost their lives in the cyclonic storm Gulab in Bay of Bengal on Sunday evening while another still remained missing.

Three more fishermen reached the shore safely and called state Fisheries Minister S Appala Raju over phone from Akkupalli village and told him they were safe. Meanwhile, IMD has informed that the cyclone started making landfall and would cross the coast about 25 km north of Kalingapatnam as a cyclonic storm in the next three hours.

Six fishermen from Palasa, who were returning to their native village by sea in a new boat they purchased in Odisha two days ago, were caught in the storm. One of the six called his village over phone and informed that their boat lost balance and five of his fellow fishermen were lost in the sea. Subsequently, his mobile phone too went silent, indicating that he too might have gone missing. However, three of them swam to safety while two others perished.

The one who made the first phone call still remained untraced and his fellow fishermen fear he may still have been trapped in the ill-fated boat. The Fisheries Minister contacted the Navy authorities to carry out a rescue operation.

The three north coastal districts of Visakhapatnam, Vizianagaram and Srikakulam had been receiving moderate to heavy rain under the influence of Gulab. AP State Disaster Management Authority Commissioner K Kanna Babu said Gulab lay centered around 85 km from Kalingapatnam in Srikakulam district and likely to cross the coast between Kalingapatnam and Gopalpur (in Odisha) around midnight.

He reviewed the situation with the district Collectors and other officials in Visakhapatnam and directed them to be on high alert. He said NDRF and SDRF teams have been positioned in the three north coastal districts for rescue and relief operations. In Srikakulam district, 182 persons from Vajrapukothuru mandal have been moved to relief camps, according to Collector L Srikesh Balaji Rao. Meanwhile, the South Central Railway informed in a release that eight trains on the Vijayawada-Howrah route were diverted via Kharagpur, Jharsuguda, Bilaspur and Balharshah. Two other trains that were supposed to begin journey on Sunday, have been rescheduled for Monday.