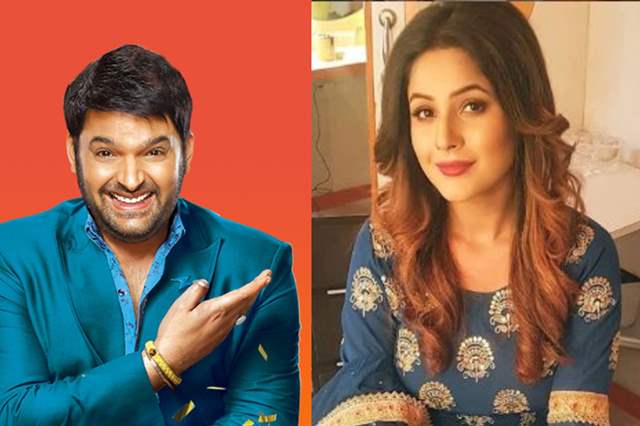 Bigg Boss OTT’s first season wrapped up after Divya Agarwal lifted the coveted trophy. And its end has sparked the excitement of fans for Bigg Boss 15. While the TV fanatics gear up for the show, floating news about Kapil Shara landing up in trouble has grabbed everyone’s attention. All this and a lot more has been going around in the telly world. Take a look:

An FIR has been filed against Kapil Sharma, his show The Kapil Sharma Show and channel Director MP Singh in a district court of Madhya Pradesh. The case has been filed against the makers over an episode wherein the cast was allegedly shown to be drinking alcohol while performing a courtroom scene. The producer of the show has been accused of disrespecting the court. The case will be heard on October 1. (Pic: Instagram)

Divya Agarwal was announced to be the winner of Bigg Boss OTT on September 18. She took home the coveted trophy and prize money of Rs 25 lakhs. Meanwhile, choreographer Nishant Bhatt became the first runner up of the season.

Pratik Sehajpal, who was one of the finalists decided to walk out of the show to get a direct entry into Salman Khan hosted Bigg Boss 15 during the finale. (Pic: Instagram)

After Pratik Sehajpal, Asim Riaz’s brother Umar Riaz and actress Donal Bisht become the confirmed contestants of Bigg Boss 15. This news broke out after the announcement of their participation was made during a pre-launch event of the show. Apart from these three, Rakhi Sawant’s husband Ritesh, Karan Kundrra, Neha Marda, Afsana Khan, Aksa Singh, Simba Nagpal, Shamita Shetty, Nishant Bhatt and a few others are likely to join the show this time. (Pic: Instagram)

Jagnoor Aneja, who was a part of the first and second season of Love School passed away at the age of 40. The reality TV personality died due to a heart attack while he was touring in Egypt. Jagnoor participated in Love School season 1 with his then-girlfriend Manisha. He later broke up with her and then participated once again with Monica. However, his relationship didn’t survive and they also parted ways. (Pic: Instagram)

Khatron Ke Khiladi 11 is about to close its curtains this weekend. The finale episode of the show was recently shot in Mumbai. The celebrity contestants were spotted in their stylish avatars ahead of the shoot. While the fans got super excited to know about the winner, things stirred up when Arjun Bijlani’s wife shared a picture of the trophy. Following this, fans trended #ArjunBijlani on social media and expressed their happiness on his alleged win. (Pic: Instagram)

Sidharth Shukla’s death has left everyone heartbroken. However, Shehnaaz Gill’s brother Shehbaz surprised everyone when he recently paid a heartfelt tribute to the late actor. 15 days after Sidharth’s demise, Shehbaz got his face tattooed on his forearm. He shared a picture of the tattoo and wrote, “our memories will be as real as you. You will always stay alive with me You will always be alive in our memories.” (Pic: Instagram)

Actor Shaheer Sheikh who recently welcomed a baby girl with wife Ruchikaa Kapoor is exhilarated to be a father. The couple has named her Anaya. Shaheer recently joined ETimes TV for an exclusive interview and opened up about his feelings as a father. He shared, “Ahh! I can’t really explain in words. The feeling is so new to me and it is still sinking in and I am still trying to figure out what is happening to me because it is all new for me. The feeling is such that it can’t be put together in words. I was told that father’s take time to relate to the journey when the child is born, but from the moment I have held my little one, I have felt such a strong connection with her, I can’t tell you. It is such a beautiful and amazing experience. I’ve never ever in my life felt like this before. I don’t know how to express it. I have not felt this connected with anyone else in life, the way I feel with my daughter. Agar Woh palkein bhi chapakle Yaa thoda sa frown bhi kar le Mujhe lagta hai Kya hogaya… and what I can do for her. It is something else, the feeling is unbelievable and now I can understand what our parents must have grown through or must be going through. I know usually it is said that mother’s have a very strong connection but I don’t know why I am so connected to her.” (Pic: Instagram)

Shehnaaz Gill is in a state of shock due to the loss of her dear friend Sidharth Shukla’s sudden demise. The actress, who had to shoot for her film Honsla Rakh with DIljit Dosanjh from September 15 has still grieving. The shoot has already been postponed and the team is waiting for Shehnaaz to return to the sets after coping up. Now, the recent developments suggest that she might return to the shoot by the end of September. Talking about the same, producer Diljit Dosanjh said, “We are waiting for her to recover and heal from the grave loss. We had originally planned to shoot the song on September 15 in London, but that couldn’t happen because of obvious reasons.” (Pic: Instagram)

Bharti Singh and Haarsh Limbachiyaa has lost a project from their hands. The couple, well known to host reality and comedy shows has been denied a go-ahead for their show ‘Funhit Mein Jari 2’ by the channel. ETimes TV got a confirmation about the same from Haarsh, who said, “We got a call from the channel, saying that they had budget issues.” (Pic: Instagram)

Indian Idol 12’s Sayli Kamble, who was often linked to her friend Nihal Tauro during the season has come out about her love life. The singer recently shared a picture with her boyfriend Dhawal and revealed about their relationship. Alongside the picture, Sayli wrote, “Chalo ji aaj saaf saaf kehti hun..itni si baat hai..mujhe tumse pyaar hai..” (Pic: Instagram)

12/13Gulki Joshi on being rejected due to her skin colour

Maddam Sir actress Gulki Joshi recently joined ETimes TV for a heart-to-heart conversation for its Tellyblzer segment. She opened up about her journey in the industry and also spoke about the time when should face rejections for her skin colour. Talking about the same she shared, “There have been times when I would go for an audition for the lead role and the casting director would ask me, “Achha, aap naukrani ke role ke liye aaye ho? (Have you come for the maid’s role?)” I would explain to them that I have come to meet a certain person for the lead role. I can’t even blame anyone. This has been the industry standards since ages.” (Pic: Instagram)

13/13Rakhi Sawant’s husband comes out in her support