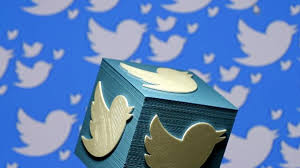 A follower you remove won’t be notified of the change.

Micro-blogging site Twitter has started rolling out a new feature “soft block” that would allow any user on the web remove a follower without blocking them.

To soft block a follower, head to your profile, click followers, click the three-dot menu next to a follower, and then click the option “Remove this follower”. A follower you remove won’t be notified of the change, reports The Verge.

This is different than blocking someone, which keeps them from viewing your tweets and direct messaging you (and keeps you from doing the same with them).

Twitter’s new remove follower feature is more of a remote unfollow button, a gentler way to create some distance between you and someone else on the micro-blogging platform.

Previously, to have someone unfollow you without their knowledge, you could do a “soft block”, which is when you manually blocked and unblocked someone.

Followers you remove then have to refollow you to see your tweets on their timeline and if you have protected tweets (aka private tweets, only viewable by your followers), they would need your approval to become a follower again.

The prompts are the company`s latest attempt to reduce the persistent harassment and abuse on the platform.