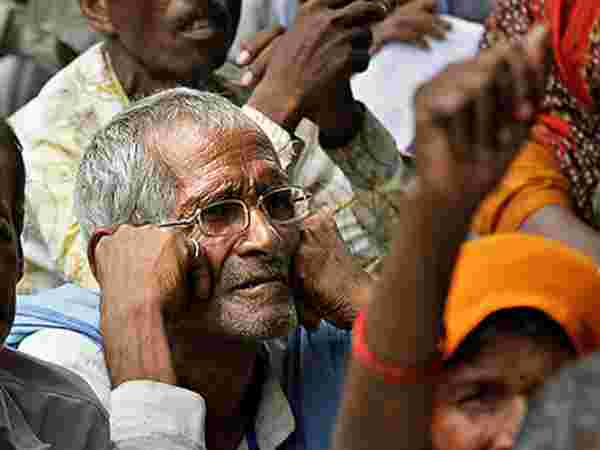 With inflation surging, real returns are close to nil. This is hitting the economic well being of senior citizens hard

In a recent interview to CNBC about the current economic outlook, Raghuram Rajan, former RBI Governor, opined that “inflation will be higher for longer … seems less transitory …. will feed into the medium term which is what the central banks are worried about….” India’s headline CPI inflation has reportedly averaged 6 per cent since the onset of the pandemic, while core inflation has averaged 5.3 per cent.

This has practically resulted in bank depositors getting close to nil or even negative real returns, after considering the tax on interest. Especially impacted are the senior citizens who are largely dependent on income from Fixed Deposits (FDs). This generation of depositors has not been taught, during their life time, as to how to diversify their sources of income and savings. Low interest income and persistent price rise constitute a double whammy for this class of savers.

In this context, tax on interest income from bank deposits needs to be reviewed and possibly be abolished, either outrightly or gradually, as this tax doesn’t justify the classical canons of taxation.

Adam Smith, in his classic The Wealth of Nations, propounded four “canons” of taxation. These are:

(i) Equality, meaning tax payments should be proportional to income.

(ii) Certainty, meaning tax liabilities should be clear and certain.

(iii) Convenience of payment, meaning taxes should be collected at a time and in a manner convenient for taxpayer.

(iv) Economy of collection, meaning taxes should not be expensive to collect and should not discourage business. According to the extant I-T rules, interest earned on bank deposits is treated as income and if it exceeds ₹10,000 during a Financial Year (FY) is taxable under Section 80TTA of the IT Act, 1961. Interest earned on term deposits, i.e., FDs and Recurring Deposits (RDs) is fully taxable; it is added to the taxpayer’s income and taxed according to the tax slab she falls in.

India’s savings have always been driven by the household sector in the form of bank deposits — savings and term deposits. The household sector predominantly comprises the ‘fixed income earners’ starting from factory workers to government employees to retired people. Thus, the ‘fixed income earners’ comprise the wide spectrum of ‘middle class’, which represents huge ‘demand’ and keeps the wheels of the economy running.

With rising life expectancy thanks to better standard of living, several factors have made the old age a painful experience for the middle class. These include (a) high cost of living (especially, medical expenses), (b) inadequate social security schemes (not all have access to pension from their employers, and the National Pension Scheme is rather recent), and (c) due to high unemployment many are required to support their children even after retirement. Therefore, taxation of interest income does not quite satisfy the principle of equality.

No doubt, the I-T rules have over time become less ambiguous and more transparent, and the procedures simpler too. However, as far as taxing interest income is concerned, two ambiguities remain. First, the interest earned in a FY, apart from being taxed in that year, is added to the account holder’s deposits under compound interest rate regime and becomes again liable for taxation in the subsequent years.

Second, interest earned is taken for taxation on accrual basis, not on realisation basis, i.e., depositors do not withdraw the interest accrued for current consumption except in the case of Monthly Income Schemes or premature closure of the account.

Moreover, despite significant improvements over time, it still takes a fairly long time to get refund from the I-T Department if the bank deducts more tax at source.

The pandemic has brought unmitigated hardships. It is debatable whether such tax should be collected during these hard times; still, the tax remained even during the 2008-09 economic slowdown. Also, during Covid-19, only the TDS was reduced to 7.5 per cent from 10 per cent, and that too, temporarily. Absence of ‘accommodations’ has the potential to instigate tax evasion.

It is noteworthy that in the current falling interest rate regime, deposit rates have declined at a faster clip than the lending rates, and this hurts more those who have a ‘dual’ relationship with banks, i.e., as a depositor and borrower with their EMI payments tied to the interest income from deposits.

Further, it is peculiar that, so long as one is in employment, her Provident Fund contributions, along with interest thereon (mostly), are tax-free, whereas the day after her retirement when she puts her retirement benefits in a bank, interest thereon gets taxed! Actually, in the post-retirement period, she would need that money much more than ever. Moreover, with the interest on Provident Fund contributions beyond certain threshold being taxed from FY21, there’s a stronger case for not taxing the fixed deposits interest.

Read more:Online Banking Frauds: Here’s how to protect yourself from phishing attacks

Canon of economy of collection

Mechanisation at banks as well as the I-T Department has reduced, though not eliminated, the workforce engaged in the related activities, and thereby the related cost. However, procurement of machines, and their regular maintenance and upgradation does entail cost. And, machines do require manning. Against this backdrop, whether it is economical for the I-T Department to collect this tax needs close examination.

In view of the above, taxation of interest income should be done away with. There is no publicly available data as to the quantum of tax collected on this head, cost incurred thereto and net inflows. If abolished, there will be several positive effects.

First, it would promote savings in the banking channel. Perhaps, at the present juncture, banks do not need funds as the credit off-take is slow, but for banks, retail depositors constitute the cheapest and most stable source of funds, which they should not let go.

Second, the savings that would accrue to individuals would help them service their EMIs if they have a ‘dual’ relationship with the bank. This will likely have more direct positive impacts on the economy compared to those if the tax collections were routed via budgets. Third, it will reduce the high level of income inequality in the country.