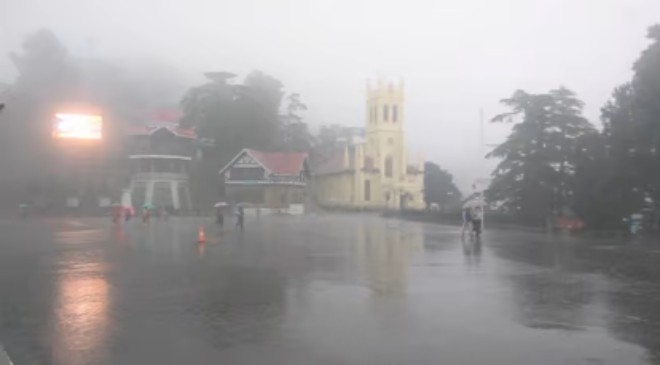 Heavy rainfall in Shimla town disrupted water supply as silt in the perennial water sources affected the pumping, consequently, the town received only 31MLD of water against the supply of 41MLD on Wednesday

Incessant rainfall since Wednesday night has thrown life out of gear in several places in Himachal Pradesh. The meteorological department has sounded an alert of heavy to very heavy rainfall in the state for the next three days.

A landslide occurred between Raskat and Barsani in Manikarana sub division of Kullu district due to which the road has been blocked. The public works department is undertaking repair and restoration.

Heavy rainfall in Shimla town disrupted water supply to the state’s capital. Silt in the perennial water sources affected the pumping, consequently, the town received only 31 MLD of water against the supply of 41 MLD on Wednesday.

Two temporary bridges that connect Mud to Thurthang were also damaged, triggering an estimated loss of about ₹15 lakh.