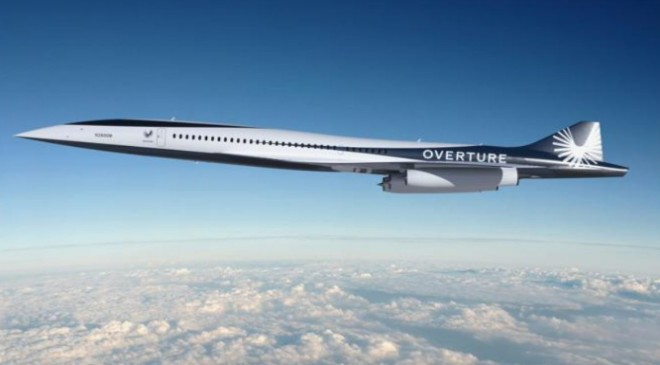 The new ‘world’s fastest airliner’ – Overture – with its supersonic jet promises to fly from London to New York in about three and a one-half hours.

New Delhi: Supersonic commercial jet travel is making a comeback with the new ‘world’s fastest airliner’ – Overture. After nearly 20 years since the world witnessed commercial supersonic flight by Concorde, a new airline named ‘Overture’ will once again introduce the fastest air travel. Overture – the supersonic jet – promises to fly from London to New York in about three and a one-half hours

Overture – touted as an environment friendly airliner – has been developed by Denver-based Boom Supersonic. The supersonic jet, which will fly from New York to London and vice versa in 3.5 hours, is set to make its debut in 2029 and the tickets are likely to be costly. As per the Boom’s statement, there is also a possibility in the near future that the supersonic jet may fly from Miami to London in just five hours and Los Angeles to Honolulu in three hours.