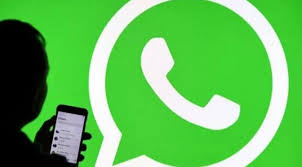 Meta-owned messaging app WhatsApp may soon allow users to share photos with other contacts in the original quality. At present, images shared via WhatsApp get compressed, resulting in grainy photos. But, according to WaBetaInfo, the company is working on the ability to send photos in original quality. WaBetaInfo is an online website which tracks upcoming features of WhatsApp.

The platform discovered the feature in the WhatsApp beta for Android 2.23.2.11 update. As per the report, the messaging app plans to add a new setting icon within the drawing tool header. The new icon will allow users to configure image quality, including their original quality. This will give them more control over the quality of photos.

The new WhatsApp feature is currently under development. It is expected to be rolled out with an update in the future.

These two new shortcuts to block users on WhatsApp will make it easier to block unknown contacts without opening their chats. The new shortcuts are available to beta testers who have downloaded the WhatsApp beta for Android 2.23.2.10 update. The latest beta is available on Google Play Store. It is expected to be rolled out to other users in the coming weeks.