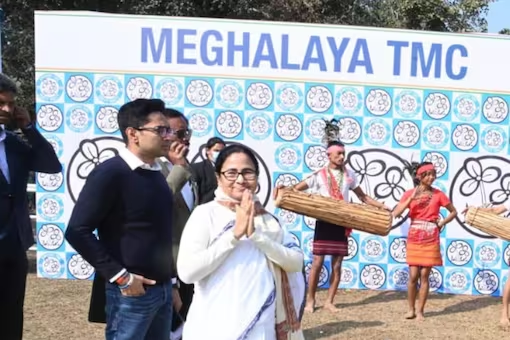 “Bengal has given lot of beneficiary schemes to common people, the party plans the same benefits for Meghalaya,” said a senior TMC leader

‘Ten pledges’ will be the key feature of the Trinamool Congress’s (TMC) manifesto for Meghalaya which General Secretary Abhishek Banerjee will release, with Mukul Sangma and other state leaders, on Tuesday.

Sources said over the past six months, the party has done in-depth research on Meghalaya.

Abhishek Banerjee, who has visited Meghalaya a couple of times, has given the final touch to the manifesto after a detailed discussion with TMC chief and West Bengal Chief Minister Mamata Banerjee.

Sources say the focus area of the manifesto will be economy, stressing on how like Bengal, the TMC could bring more projects and investment to Meghalaya. It would mean more job opportunities and start-ups for the youth.

WHERE THE PARTY STANDS

The TMC started in Meghalaya with Mukul Sangma breaking out from the Congress. So far, the TMC is the main opposition. According to the party’s report, that are expected to do well in Meghalaya.

A senior leader of TMC told News18: “Bengal has given lot of beneficiary schemes to common people, the party plans the same benefits for Meghalaya. The Bengal Development model will be projected both in Meghalaya and Tripura, and the party will see how it works.”