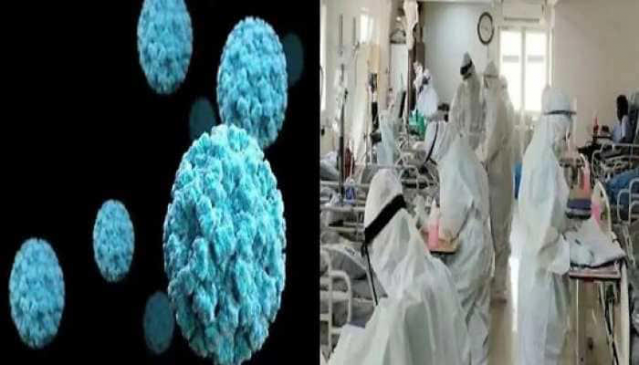 Kerala: The name “norovirus” refers to a family of viruses that can cause violent vomiting and diarrhoea. It is widespread and is contagious. It can spread through infected people, contaminated food, or contaminated surfaces. Norovirus is also known as the winter vomiting bug. Although many refer to norovirus as “the stomach flu,” it has nothing to do with the flu (influenza). According to the World Health Organization (WHO), an estimated 685 million (68.5 crore) cases of norovirus are recorded every year globally — including 200 million (20 crore) among children under 5. It causes an estimated 200,000 deaths a year — including 50,000 children. The casualties are higher in low-income countries.

The norovirus can spread to people in many different ways. Close contact with an infected person, touching your mouth after touching contaminated surfaces, or consuming tainted food or water are all ways to contract the virus. In the US, norovirus is the most common food-borne sickness culprit. Noroviruses are challenging to eradicate since they are resistant to both high and low temperatures as well as numerous disinfectants.

Read More: High Uric Acid: 4 Foods and Beverages that You Must Avoid for a Pain-Free Life

Here are some of the common causes of Norovirus:

3. Touching your hand to your mouth after your hand has been in contact with a contaminated surface or object

4. Being in close contact with a person who has norovirus infection

The norovirus symptoms typically last between 24 and 72 hours, but if they linger longer than that, you should seek medical attention right away, especially if you start passing blood in your stools. When infected with the norovirus, some people may not exhibit any symptoms at all. They can still infect others and propagate the illness.

Read More: Cumin Tea: 5 Benefits That Will Make You Include This Tea To Your Diet ASAP

Here are some of the symptoms:

Confirmed cases of Norovirus in India

Kerala health department on Monday confirmed two cases of norovirus in the Ernakulam district. According to the health department, two Class 1 students have tested positive for norovirus. The infection was confirmed following an examination after they showed symptoms of diarrhoea and vomiting. According to reports ‘As many as 62 persons, both students and their parents, had developed symptoms of norovirus, which include diarrhoea, abdominal pain, vomiting, nausea, a high temperature, headache and body aches. Subsequently, two samples were sent for investigation and both turned out to be positive’.