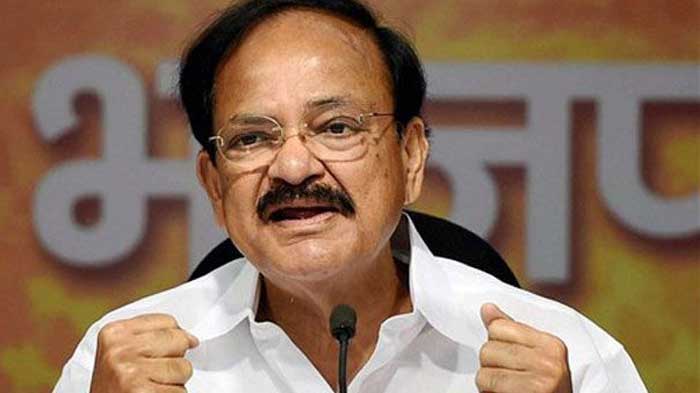 “Having considered the material contained in the notice of motion and reflected upon the inputs received in my interaction with legal luminaries and constitutional experts, I am of the firm opinion that the notice of the motion does not deserve to be admitted. Accordingly I refuse to admit notice of motion,” said Naidu.

“I have applied my mind to all five charges made out in impeachment motion and examined all annexed documents. All facts as stated in motion don’t make out a case which can lead any reasonable mind to conclude that CJI on these facts can be ever held guilty of misbehavior,” said Naidu further, reported ANI.

Congress leader PL Punia said immediately after the news of Naidu’s rejection that it and other opposition parties will talk to some legal experts and take the next step. Congress leaders said over the weekend that the party is considering moving the Supreme Court if the notice to remove is rejected.

Another Congress leader, Tehseen Poonawalla, said everybody knew the notice would be rejected by Naidu.

“Politically Biased Impeachment Motion Against Chief Justice Of India Rejected By Vice President of India Venkaiah Naidu. This Is Victory Of Our Democracy,” he said.

On Friday, as many as 64 Parliamentarians (MPs) belonging to seven political parties signed the notice for removal proceedings against the CJI. They include MPs from the Congress, the NCP, CPM, the CPI, the SP, the BSP and the Muslim League.

Article 124(4) of the Constitution lays down the procedure for removal of a judge of the Supreme Court, including the CJI, who can be impeached on grounds of “misbehaviour or incapacity”. A removal motion signed by 100 members of Lok Sabha or 50 members of Rajya Sabha has to be submitted to the Speaker of the Lower House or Chairperson (ie Vice President) of the Upper House. This can be in either of the Houses of Parliament. The Speaker/Chairperson can then either accept or reject the motion.

Vice president Naidu, to whom the notice was submitted owing to his position as Rajya Sabha Chairman, yesterday set in motion the process of consultation on the notice against the CJI and held discussions with a number of constitutional and legal experts, including Attorney General KK Venugopal, and former top law officer K Parasaran.

1.”Conspiracy to pay illegal gratification” in the Prasad Education Trust case and the denial of permission to proceed against a retired high court judge in the same matter. 2. The CJI allegedly listed the petition against the Prasad Education Trust before himself, even when he was heading the Constitution bench, which is against the convention. 3. “Antedating” (backdating) of an order for listing of a petition related to the investigation against the Prasad Education Trust in the Supreme Court. 4. Misra allegedly acquired a piece of land by giving a “false affidavit” while he was an advocate. The plot was surrendered in 2012 when he was elevated to the Supreme Court, even though orders cancelling the allotment were given in 1985. 5. Abuse of exercise of power by the Chief Justice in choosing to send sensitive matters to particular benches by misusing his authority as Master of the Roster with the likely intent to influence the outcome.

“Since CJI Dipak Mishra come, questions have been raised about his conduct. It showed in the January 12 press conference of four judges of Supreme Court. One concern of the four judges was memorandum of procedure was being unsettled,” said Sibal after the parties submitted the removal notice to Naidu.

Sibal was referring to an extraordinary press conference called in January by four most senior SC judges.