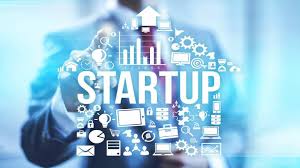 India witnessed a dramatic rise of eight unicorns in 2018 from among the start-ups across verticals as against a mere nine in six years from 2011 till 2017, according to IT industry apex body Nasscom.

“As the start-ups that became unicorns this year are based on subscription and Software as a Service (SaaS) models, they took a few years to mature,” Nasscom vice-president (industry initiatives) K S Viswanathan told IANS.

The focus of these start-ups to acquire customers globally made them unicorns from India, he asserted.

According to the National Association of Software and Services Companies’ (Nasscom) October report on “Indian Start-up Ecosystem: Approaching Escape Velocity”, about 1,200 start-ups were added till September.

“The Indian ecosystem is adding about 1,300 start-ups every year but also seeing the demise of at least 300 of them from previous years,” Mr Viswanathan admitted, assessing their survival rate at three to five years.

The world’s largest retail giant, Walmart, in May bought 77 per cent equity stake in the country’s earliest e-tailer unicorn, Flipkart, for a whopping $16 billion in one of the largest e-commerce deals globally.

“The Flipkart acquisition by Walmart was a shot in the arm for the country’s start-up sector,” Mr Viswanathan said.

The investment in the native start-ups rose by a phenomenal 108 per cent annually to $4.2 billion in nine months (January-September) from $2 billion in the same period of 2017, the Nasscom report said.

According to the New York-based market intelligence platform CB Insights, about 60 per cent of the funds raised by Indian start-ups were invested in unicorns.

Adoption of disruptive technologies across verticals spanning education, food, health, hospitality and transportation has been driving growth of Indian start-ups.

For instance, the four-year-old Swiggy, which has raised $1.26 billion so far, has been investing in its digital platform and delivery fleet.

“One of the reasons for our success is our industry-changing innovations and focus on delivering the best consumer experience. Our delivery-only kitchens have also enabled our entry into 42 cities across the country in last six months,” a Swiggy spokesperson told IANS.

During the year, Oyo and Ola also began expanding aggressively in the international markets.

Gurugram-based Oyo said it invested on its technological prowess, sustaining demand generation across online and offline channels and identification and upgradation of properties within a short time to spur growth.

The company raised $1 billion from SoftBank and other investors to become a unicorn.

Food delivery and restaurant search platform Zomato, which raised over $600 million since its founding in 2008 in Gurugram in Haryana, entered the unicorn club this year, according to Nasscom data.

Zomato has been expanding overseas since 2012 and operates in 24 countries, including Australia, Britain, Canada and the US.

The start-up ecosystem and its enablers, including stakeholders and policy regulations, play a key role in the growth of any firm, said Zomato’s global head of classifieds business Oytun Calapover.

“Zomato is a great example of a homegrown start-up, which has been able to build equity not just in the home country, but overseas as well. This has been made possible by factors like government regulations and stakeholders,” Mr Calapover told IANS.

The central government’s policies like Start-up India, Digital India and 100 per cent foreign direct investment (FDI) in e-commerce have helped the country become a “land of unicorns”, Mr Calapover added.

Though the start-ups had a satisfactory year, the number of women leading some of them remained low. Of the total start-up founders, 11 per cent were women in 2017-18, up a mere three percentage points from eight per cent in 2016-17, according to Nasscom.

There is a need to advocate more women in start-ups for the government support, particularly at the seed-funding stage (early investments until they can generate revenue) and improving the ease of doing business to propel their growth, the industry body added in its report.