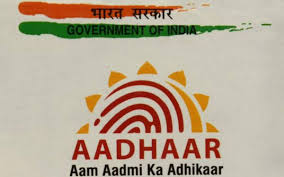 The government on Wednesday introduced a bill in the Lok Sabha that permits the individuals to voluntary offer Aadhaar as a means of identity verification for obtaining services such as opening a bank account and getting a mobile phone connection.

The bill, which seeks to amend three separate laws governing Aadhaar, telecom sector, and banking regulation, also gives a minor an option to opt out of the 12-digit identity scheme on attaining the age of 18 years.

The Aadhaar and Other Laws (Amendment) Bill 2018, moved by law and IT minister Ravi Shankar Prasad in the Lok Sabha amid concerns raised by the opposition, also provides for stiff penalties for violation of norms set for the use of Aadhaar.

It bans storing of core biometric information as well as Aadhaar number by service providers in cases of individuals who have voluntarily offered the national ID as a means of authentication. The bill also makes it clear that anyone not offering Aadhaar cannot be denied any service, be it a bank account or a SIM card.

Prasad said it was not in violation of the Supreme Court judgment and rejected the opposition’s concern over privacy. Trinamool Congress member Saugata Roy opposed the introduction of the bill, saying it was in contravention of the September 26 Supreme Court judgement that restricted the use of Aadhaar for only such things which have the colour of a subsidy and which are paid out of the Consolidated Fund of India.

“This Bill is outside the legislative purview of the House, in that it violates the Supreme Court judgement. Hence, this should not be introduced,” he said. Congress’ Shashi Tharoor claimed that the bill enables private organisations to get Aadhaar details, which is in violation of the apex court verdict.

“As far as the concerns raised about privacy, I would make it clear that privacy is not being invaded…” Prasad said.