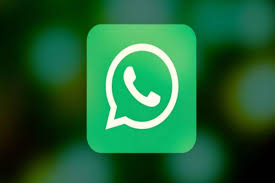 Facebook-owned WhatsApp has been dropping support for dated devices and operating systems (OS) from time to time and now it is ending support for iOS 7 and older versions, Android 2.3.7 Gingerbread and Nokia Series 40 (S40).

What this means is that users of Nokia Series 40 device will no longer be able to create new WhatsApp accounts and some features of the app could stop functioning on the device at any time.

“When we started WhatsApp in 2009, people’s use of mobile devices looked very different from today. The Apple App Store was only a few months old. About 70 per cent of smartphones sold at the time had operating systems offered by BlackBerry and Nokia.

Mobile operating systems offered by Google, Apple and Microsoft — which account for 99.5% of sales today — were on less than 25% of mobile devices sold at the time,” it said in a blog post.

You will, however, still be able to use WhatsApp on the device though, according to the Dignited.