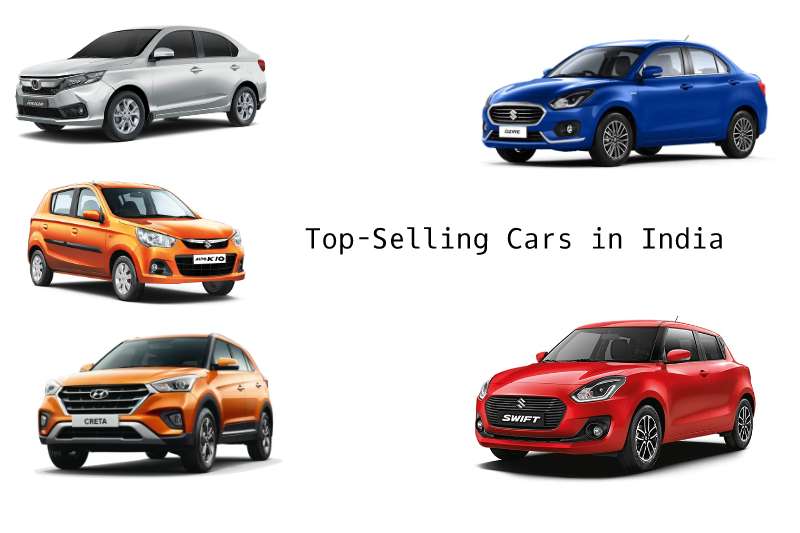 And right off the bat, we have a surprise. The Dzire has dethroned the Alto from its unprecedented crown of being the highest selling car in India for almost a decade. A total of 2,61,603 units of the compact sedan was sold in 2018 averaging at 21,800 units in each month. The third-gen Dzire recorded a YOY growth of 16 per cent compared to 2017.

Launched at the Auto Expo in February, the new-gen Swift went on to become the Indian Car of the Year last year. It witnessed an impressive YoY growth of 36 per cent and had an average monthly sale of 18,635 units in 2018. The new Swift is everything the older model was and so much more, it is a complete package and the sales figure here confirms that the Swift is indeed India’s favourite hatchback.

Increasing in sales by 18 per cent, Maruti sold 2,10,236 units of Baleno in 2018 compared to 1,77,209 in 2017. But it slipped down a position last year and was overtaken by the Swift. This is because the Baleno has been on sale without any changes whatsoever since its introduction in 2015. But, there’s an updated Baleno arriving soon and we expect to see a further increase in the B+-segment hatchback’s sale in 2019.

Winner of the 2017 ICOTY award, the Brezza was sold in an impressive number of 1,55,466 units last year, monthly averaging at 12,956 units. It received a model year update last year and with it, we saw an addition of AMT automatic transmission. Its success story continues as the Vitara Brezza crossed three lakh sales milestone since its launch in July 2018. Maruti has also bumped up the mini SUV’s production to cater its increasing demands.

Dropping down to sixth for the first time in many years, the Wagon R managed to find 1,52,020 homes in 2018 with an average monthly sales of 12,668 units. The Wagon R has been the workhorse for the Indian market and is now a household name in the country. So now the new-gen Wagon R – which is arriving later this month – has some big shoes to fill.

The highest selling Hyundai in the list is the Elite i20 which too received a comprehensive update at the 2018 Auto Expo. Selling with an average of 11,758 each month, the Elite i20 sold more than the Grand i10 and is a testimony of the ‘segment shift’ amongst the Indian car buyers.

Coming in eight in the list is the B-segment hatch from Hyundai selling 1,34,249 units in 2018. With an average of around 11,187 units each month, the Korean hatch’s sales are down by 13 per cent. The reason being the last major update for the Grand i10 was in February 2017 and the hatchback is about to enter into a new-generation later this year.

The third Hyundai and the second of the only two crossovers in the list is the Creta. The Creta sold 1,20,905 units last year (up by 14 per cent). The Korean crossover defined the segment upon its arrival and has now been a benchmark vehicle for the other carmakers.  The Creta averaged a remarkable 10,075 unit sales each month especially after the model year update in May. That is pretty impressive for an SUV in the price bracket of Rs 10-15 lakhs.

Finishing 10th on the list is another Maruti narrowly crossing the one lakh mark in the calendar year for the second time in a row. The Celerio sold 1,00,957 units (barely up by 1,00,860 in 2017) with an average of 8,413 units. There is a new competitor in the market for the Celerio now in the form of new Santro, we’ll have to wait and see how that bout goes down.

Maruti Suzuki Omni – The 35-year-old van never ceased a sales figure below 6,155 all through the year and had a YoY growth of 2.3 per cent. The Omni still sells an average of 7,188 units every month and in 2018 alone it sold around 86,257 outselling the cars like Innova Crysta, Bolero, Nexon, and even the Kwid.

Honda Amaze – The new-gen Amaze was a surprise reveal at the 2018 Auto Expo. And once it went on sale in May, the compact sedan averaged an impressive 7,884 until December. It sold a total of 67,563 in December which is more than the Kwid and the Nexon.

Maruti Suzuki continues to dominate the Indian car market with seven out of the top 10 vehicles and also the top six in the list are a part of the Indo-Japanese manufacturer’s line-up. Maruti’s hatchbacks are an unprecedented choice for car buyers but they are now challenged by the compact sedan, the Dzire, which became the highest selling car of 2018 as we had predicted in the last report. The segment shift is evident as we witnessed the Elite i20 outselling the Grand i10 and the Creta outselling the Celerio and the Kwid once again.