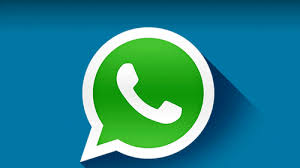 Just last month, WhatsApp introduced Picture-in-Picture mode for desktop users globally, but at that time, it only worked for the shared videos. With the latest update, WhatsApp Web users get Picture-in-Picture mode for all shared video links, with support for Facebook, YouTube, Streamable, and Instagram video links introduced. This feature comes with the latest WhatsApp Web 0.3.2041 update, and while the service should update automatically when you open it in your browser, you can force install the update by using the method mentioned later in this report.

WABetaInfo reports that the Picture-in-Picture feature for videos hosted on YouTube, Facebook, Instagram and Streamable is now available with the latest WhatsApp Web update. The feature has been enabled with the latest version 0.3.2041, and the user doesn’t need to manually install this update. Every time a user starts WhatsApp Web, the site recognises if there is an update available and installs it automatically. In order to double check if you are on version 0.3.2041, head to WhatsApp Web > Settings > Help. If you’re on an older version of WhatsApp Web, then try clearing the cache and restart the service.

To use the feature, try sending a video link from the above mentioned platforms in a chat, and hover your mouse pointer near the video to see if a floating box appears that plays the video in-app. In our test, we still couldn’t see the PiP feature enabled on shared video links even after being on the latest version. It could be possible that WhatsApp is enabling the feature in batches, and it should arrive in a few days for all users. Once it’s enabled, the video should play within the chat box inside WhatsApp Web. It will continue to play even when you leave the chat box and browse through other parts of WhatsApp. WABetaInfo also notes that the update brings new improvements and security fixes as well.

To recap, iPhone users had PiP mode enabled since January last year, all Android users got it via an update last month as well. The feature was in beta for Android users since October. The mode was introduced for desktop users last month, but it only worked on shared videos back then.