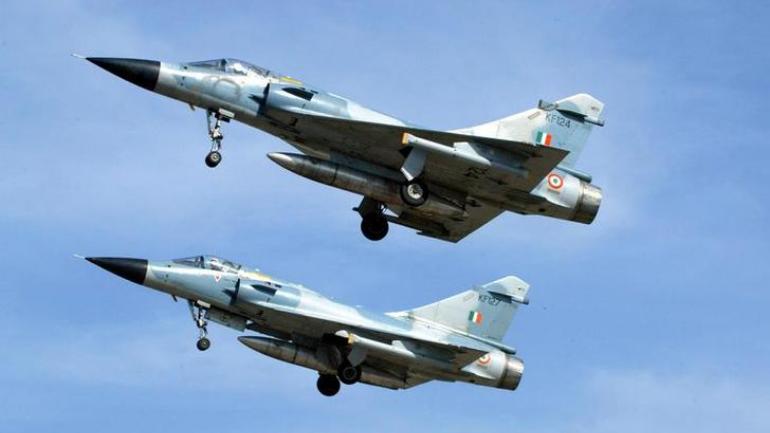 The Indian Air Force jets that dropped the 1,000 kg bombs on terrorist camps across the LoC early this morning were the Mirage 2000 aircraft. This multirole combat fighter manufactured by Dassault Aviation of France – the makers of the much talked about Rafale jets, too – had proven to be a game changer during the Kargil War. The IAF calls it the Vajra, or thunderbolt, for its proven effectiveness as a precision bomber in addition to its interceptor capabilities. Here’s all you to know about Mirage 2000:

The single-engine aircraft, according to Dassault, boasts a maximum speed of over Mach 2.2 – 2495 km per hour or twice the speed of sound – and a maximum climbing speed of 60,000 feet per minute. It reportedly boasts nine hardpoints for weapons carriage and a combat range of 1850 km. It is also tasked with a nuclear weapon delivery role.

According to a retired IAF Group Captain, during the Kargil war the Mirage 2000 aircraft were hurriedly fitted with an Israeli kit, enabling it to drop bombs with exact precision from a greater height, which was a necessity given the terrain this war took place in as well as the surface-to-air missiles boasted by the intruders. The surgical strikes by these fighter jets using laser-guided bombs went on to destroy a major re-supply base in the Batalik sector and help the army retake crucial positions such as Point 5140 near Tololing and Tiger Hill.

The Mirage 2000 has come a long way since then. In July 2011, India approved a $3 billion upgrade to IAF’s fleet of 51 such aircraft, bringing them to the Mirage-2000-5 standards. The first of two upgraded Mirages were handed over to the IAF in 2015. The ‘new’ Mirage 2000, redesignated the Mirage 2000 I, was much advanced compared to the original jet thanks to a host of new systems onboard.

Like the new Thales RDY 2 radar, which allows for very long-range engagement of targets in the air, automatic tracking of targets, mapping of targets on the ground using Doppler beam-sharpening techniques, and the ability to track and engage targets which are moving on the ground. The other upgrades included a night vision goggle-compatible glass cockpit, advanced Identification Friend or Foe (IFF) system and fully-integrated electronic warfare suite.

Most importantly, it packed a host of new weapons, including the MICA air-to-air missile a state-of-the-art missile that is capable of engaging targets at beyond visual ranges and also at close ranges. Think of it as one missile for two jobs and the IAF reportedly has 7 such upgraded Mirage 2000s currently.