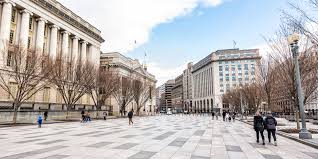 A new firm on the left aims to bring human resources services to the campaign industry as a way to help eliminate sexual harassment.

The launch of Bright Compass, which bills itself as “a full-service human resources consulting firm,” launches as the campaign industry is struggling to come to terms with the #MeToo movement. According to C&E’s inaugural State of the Campaign Industry Survey, conducted by PSB Research, nearly half (46%) of female political consultants say they have been the victim of some form of sexual harassment in the industry.

Overall, among both men and women, 59 percent said sexual harassment is at least somewhat common in the industry and 44 percent reported they’d witnessed or encountered it themselves. (Results for the survey are based on online interviews with 408 professional political consultants conducted by PSB Research from Jan 10-Feb. 2, 2019. The survey has an estimated margin of error of +/- 4.85 percent.)

“One thing that we’ve found is that staff are starting to demand greater accountability from their bosses and have different expectations from their organizations — even from two years ago,” Thompson told C&E.

The firm’s services range from an HR policy review and a single staff training to drafting a firm or campaign’s HR policies and conducting regular staff trainings, including on sexual harassment in the workplace.

“It’s not a one-size-fits-all solution. We pride ourselves on tailoring and customizing for any campaigns’ needs,” said Thompson, who worked on the Clinton campaign in 2016. “We are especially interested in helping Democratic firms and progressive firms who want to live out their values do that in this post-#metoo [era]. The law hasn’t caught up.”

Campaign workers and consulting firm staff are particularly vulnerable to workplace harassment and assault. Not only do most campaigns and small firms typically not have an HR department, but publicly complaining about the behavior of a supervisor, or even the candidate, can be derail a career. In January, Samantha Register, a former staffer for Ruben Kihuen’s 2016 House campaign in Nevada detailed how the Democrat had threatened to “destroy” her following her complaints about his sexual harassment.

“I worked on eight different campaigns before I decided to quit, and none of them had either an HR department or any system in place for filing complaints,” Register wrote in the Nevada Independent.

“Campaign staff members who are being mistreated seemingly have no options other than either risk their careers and financial stability by quitting, or stay on a campaign and endure abuse.”

Now, Thompson together with advisors Ally Coll, an attorney and advocate for victims of sexual harassment, and Dan Kanninen, the CEO at her existing shop STG, are pitching a way to provide some protections for workers in Register’s position.

She noted that while potential clients have been receptive, “Any time you’re coming into a campaign and saying, ‘this is a new thing you should spend money on,’ people are like, ‘Wait a minute. This wasn’t a line item in the last campaign I ran.’”

As a result, part of Thompson’s pitch for HR consulting focuses on productivity. She noted that harassment in any form has a negative impact on all a campaign or firm’s workers — not just the victim. “You really lose your team’s best work,” she said. “Even if it’s not the person being harassed, if somebody witnesses it, they’re not able to perform the best.

“That is something that campaign leadership is going to have to confront.”