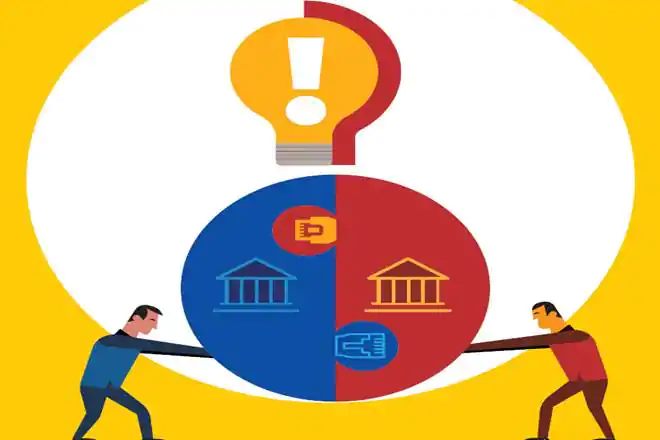 With a heavy mandate to push reforms, the BJP-led government may soon kick-start the next phase of consolidation in the public-sector banking space with an amalgamation of three lenders — Oriental Bank of Commerce (OBC), Indian Bank and Corporation Bank.

Banking sources told FE that OBC has sought the finance ministry’s approval to combine with Indian Bank and Corporation Bank. The ministry will consider OBC’s proposal and take a view soon, one of the sources said. However, there is no formal announcement from the finance ministry on the matter yet. Another source said the government may infuse Rs 40,000-Rs 50,000 crore into public-sector banks (PSBs) this fiscal, having already provided Rs 1,06,000 crore in FY19.

The news of potential merger seems to have spooked Indian Bank investors, as its share price tanked 5% on the BSE on Tuesday, far worse than a 0.5% fall in the Sensex.

The merger, if implemented, will be part of the government’s efforts to create a few but strong banks with much larger balance sheet to support the rising credit appetite of the fast-growing economy and enable optimum utilisation of resources.

The successful experience of merging State Bank of India with five of its subsidiaries and Bharatiya Mahila Bank, and the amalgamation of Bank of Baroda, Vijaya Bank and Dena bank have given the government confidence that more such consolidation exercises can be handled without any hiccups.

OBC — which was facing restrictions under the central bank’s Prompt Corrective Action (PCA) framework until early February — recorded a net profit of Rs 201.5 crore in the March quarter from a net loss of Rs 1,650.22 crore a year earlier. Even sequentially, the profit surged 39%. However, Corporation Bank’s losses zoomed to Rs 6,581.49 crore during the fourth quarter of FY19, against Rs 1,838.39 crore a year before.

Indian Bank saw a net loss of Rs 190 crore in the March quarter, against a net profit of Rs 132 crore in the same period last year. While the headquarters of OBC is in Gurugram, those of Corporation Bank and Indian Bank are in Mangalore and Chennai, respectively.

Earlier, there were reports of Punjab National Bank (PNB) amalgamating with OBC and some other smaller banks, such as Punjab & Sind Bank, Allahabad Bank and Andhra Bank. However, given that PNB is still not out of the woods, any such plan may wait until the bank’s results for the first quarter of this fiscal are out. PNB recorded losses of Rs 4,750 crore in the March quarter, against a net loss of Rs 13,417 crore in the same quarter last fiscal when the Nirav Modi fraud came to light. It, however, had recorded a net profit of Rs 247 crore in the third quarter of FY19.

Upon amalgamation, the merged entity will have a combined deposits of `6.6 lakh crore and advances of Rs 4.8 lakh crore, said the sources. The net NPA ratio of OBC stood at 5.93%, while that of Corporation Bank and Indian Bank was 5.71% and 3.75%, respectively at the end of March.

The interim Budget 2019-20 had said: “Amalgamation of banks has also been done to reap the benefits of economies of scale, improved access to capital and to cover a larger geographical spread.”