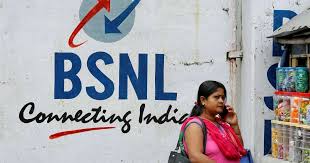 Ailing public sector telco BSNL’s FY19 losses may have almost doubled over the previous year to a whopping Rs 13,804 crore, but given that it employs over 165,000 people, rival Bharti Airtel whose revenues are three times as much employs less than a tenth as many staffers — Prime Minister Narendra Modi will be loath to shut it down.

Indeed, the presentations being made on various revival packages for both BSNL and MTNL (FY19 losses Rs 3,398 crore on an income of Rs 2,607 crore) are aimed at showing that a revival scheme is not just desirable, it is also a cost-effective solution. Nothing can be further from the truth.

An outright closure of BSNL, the estimate is, will cost around Rs 95,000 crore; Rs 20,000 crore for repaying its debt and the rest for a VRS package (see graphic). It is not clear how much BSNL will get from selling its assets, but whatever it does will lower this cost. Also, if some BSNL employees are transferred back to the government or to other PSUs, the VRS costs can fall.

While Modi doesn’t want to be the man to put 165,000 people out of a job “who would” — he needs to look at the reality; and keep in mind that if he has to take the same decision of shutting BSNL down 4-5 years from today, as he probably will, he will be that much closer to a general election.

Two alternatives are being suggested, both involve retiring 50% of BSNL’s staff that are more than 50 years old with a VRS package; the second one also reduces the retirement age from 60 to 58, so that less people need to be given a VRS. Both packages involve giving BSNL 4G spectrum for free as well as money for capex to deploy 4G services. Since the first option costs Rs 78,710 crore and the second Rs 73,787 crore, they don’t look that much more attractive than the shutting-down option since, in the latter case, the problem is fixed once and for all.

The key here, and this is what Modi needs to understand clearly, is the manner in which the expenses are being justified, and dramatically reduced. Of the Rs 45,098 crore VRS in the first option, the pension component is around Rs 21,800 crore —this, it is being argued, has to be paid anyway when the staffers retire, so even though the payment is being advanced now, this shouldn’t really be included in the costs.

Similarly, since the VRS of Rs 18,500 crore — and Rs 13,000 crore for capex — is to be funded by a bond, the argument being made is that this isn’t really a cost for the government; but it is, in fact, a cost for the government since the bond needs to be backed by a sovereign guarantee for anyone to even touch it. The Rs 20,400 crore that spectrum will cost is, similarly, said to involve no cash outgo as the government owns the spectrum anyway. But, were this not to be given free to BSNL, it can be sold to a private telco for a similar amount; so it is a cost and, giving it free to BSNL is also unfair to private sector telcos who pay for their spectrum.

Apart from the fact that Modi needs to be aware of how the package will be made to look much smaller than it really is, he needs to realise the revenue projections can very quickly go awry. While BSNL’s revenues fell by a third in the last four years, the projections see them rising by two thirds in the next four; the assumption is that, once BSNL gets 4G spectrum, it can offer services that its customers wanted all this while. This could well be true, but we’ve seen how the sector collapsed after RJio’s entry, so who is to say this won’t happen again?

Does the government have the ability to pump in money the way Reliance, Airtel and Vodafone-Idea did to fund their growth? Recall that when Air India was given brand new planes under the UPA and Rs 33,000 crore of cash since FY10 — the hope was also that it would turn around; instead its losses rose 38% to Rs 7,365 crore in FY19, a year in which Jet Airways all but shut down. In even the projections made, BSNL turns profitable only in FY24; were its revenues not to rise as dramatically as predicted, this obviously won’t happen.

Interestingly, even if you go by the projections, BSNL will still be dramatically less efficient than the competition. Today, Bharti Airtel’s employees service revenues of around Rs 3.7 crore each while that for BSNL’s staffers is only a little over Rs 11 lakh. If 58,000 staffers take a VRS as per the first proposal and BSNL’s turnover rises 80% by FY24, each employee will still be servicing revenues of just Rs 32 lakh.

In other words, with the likelihood of BSNL being able to turn around quite iffy and the huge burden that keeping BSNL going will realistically place on the government — all bonds or bank borrowings of BSNL will devolve on government should it not turn profitable — the real decision before prime minister Modi is whether he wants to act firmly or just kick the can down the road for another 4-5 years. Apart from the fact that he will be facing an election around that time, whatever value he can get for BSNL will be further eroded; he could have, five years ago, sold both BSNL and Air India, even if for a pittance.