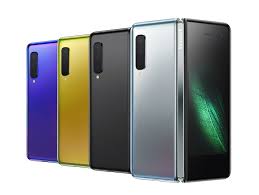 Samsung is getting back in the Fold. The Galaxy Fold that is.

The company announced Wednesday that the problems that led to a lengthy delay of its $1,980 foldable hybrid smartphone/tablet phone have been fixed and the Fold is expected to launch in September.

“Samsung has taken the time to fully evaluate the product design, make necessary improvements and run rigorous tests to validate the changes we made,” the company said in a statement, noting it was conducting final product tests “to make Galaxy Fold available to consumers starting from September in select markets.”

The Fold was originally supposed to launch in April, but that was before some of the journalists given early review units reported a series of display issues, causing Samsung to temporarily pull the plug.

The price of the phone is unchanged but the company says it has made design and construction improvements.

The Fold announcement comes just ahead of Samsung’s expected unveiling on Aug. 7 of the Galaxy Note 10 phablet phone.

In April, some reviewers removed a protective layer that was not meant to be peeled off causing the screen to break. Samsung hadn’t made it clear that this layer was supposed to remain in place.

The screen on the unit given to a CNBC reviewer, for example, flickered uncontrollably, causing the device to turn off and completely malfunction.

Back then, Samsung told USA TODAY that “initial findings from the inspection of reported issues on the display showed that they could be associated with impact on the top and bottom exposed areas of the hinge. There was also an instance where substances found inside the device affected the display performance.”

On Wednesday, Samsung said that with the improvements the top protective layer has been extended beyond the bezel, “making it apparent that it is an integral part of the display structure and not meant to be removed.”

Samsung said it also made the following changes:

Samsung says availability details will be shared closer to the launch.