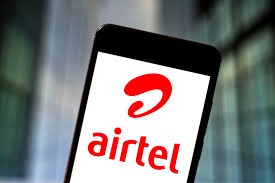 Giving in to the Telecom Regulatory Authority of India’s (Trai) insistence, the Digital Communications Commission (DCC) — the apex decision-making body of the department of telecommunications — on Wednesday approved its proposal to impose a cumulative penalty of Rs 3,050 crore on Bharti Airtel and Vodafone Idea for not providing points of interconnection (PoIs) to Reliance Jio in 2016 when it commenced operations.
The matter will now be referred to telecom minister Ravi Shankar Prasad for ratification. “DCC has accepted Trai recommendation on penalty on Airtel and Vodafone Idea. It will send the recommendation to competent authority in the government for their decision,” telecom secretary Aruna Sundararajan said.
The move, which is set to be challenged by the operators in the Telecom Disputes Settlement and Appellate Tribunal (TDSAT), comes after DCC on June 17 had sent the matter back to Trai for reviewing the amount as the sector was under financial stress. However, the telecom regulator stuck to its guns.

Still, analysts said DCC could have ignored the Trai’s recommendation and gone ahead with either scrapping the penalty or lowering the amount. This is because the Trai does not have powers to levy fines.

It had suo motu issued the recommendation to the DoT based on a complaint by Reliance Jio. As a licenser, the power to levy fines and/or cancel licences lies with DCC, which may seek recommendations from Trai, but in this case it was not so.

Responding to DCC ratifying the penalty, Bharti Airtel said once it receives an intimation to this effect it will approach the appropriate forum. “We have complete faith in the judicial process and the law of the land,” the company said in a statement.

“We are extremely disappointed with the decision to impose penalty on the telecom operators on the matter pertaining the PoI. This is despite the fact that the total number of PoIs provided were more than sufficient for the projections provided on the number of customers. Further, the requested PoIs were provided within the prescribed time limits and were more than the numbers requested for. All these facts were presented to the authorities. It is, therefore, disheartening that those facts have not been considered while taking this arbitrary decision of imposing the penalty,” the company added.

On its part, even Vodafone Idea said it will explore all options, including seeking legal recourse to protect its interests.

“This issue pertaining to points of interconnection has been examined by the DoT, various parliamentary and judicial authorities with no case for any default established. From media reports its appears that even the DoT committee examining the Trai recommendations was not unanimous and in fact at least four committee members out of seven had differing views on the subject. Further, the jurisdiction to decide any interconnection dispute between two service providers lies exclusively with TDSAT,” the company said.

In October 2016, Trai had recommended that a fine of `50 crore be levied on Bharti Airtel and Vodafone respectively in 21 circles, while a similar amount be levied on Idea Cellular in 19 circles. Thus, the penalty for Bharti and Vodafone was Rs 1,050, respectively, while for Idea it was `950 crore. Since August 2018, Vodafone and Idea have merged and christened Vodafone Idea. The Trai had recommended fines after it had issued show-cause notices to the three operators towards end of September 2016 after finding high level of congestion in their network leading to call failures made to and from Jio network beyond the permissible limits.

The three incumbent companies in their defence had said that that there’s a 90-day period since the commercial launch of services by an operator for providing the demanded points of interconnect and they confirmed to this deadline. They said that it was unfair of Trai to monitor congestion levels on a daily basis and recommend a fine. Ideally, it should have measured congestion on a monthly basis, where the results would have been different.

The regulator has no powers to levy penalty on the operators who do not follow its directive. The maximum it can do is to charge sheet them in a civil court.