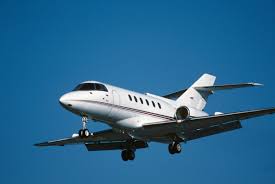 Cheaper jet fuel made air travel more affordable in July, data from travel websites showed, aided by new flights, last-minute sales and the opening up of the Pakistani airspace.

Average one-way fares during July on domestic trunk routes were up to 40% lower from a year ago, data from online travel portal Ixigo showed, with Mumbai-Hyderabad fares down 39%, Mumbai-Chennai 62% and Mumbai-Bengaluru 33%.

Aloke Bajpai, Ixigo founder and chief executive officer, said average July fares for domestic and international flights were also 40-45% below the fares seen in the June quarter. “Normalization of fares can be attributed to domestic and international airlines launching new routes, which has helped in bridging the recent capacity gap,” said Bajpai, adding that last-minute ticket sales also pulled down fares.

Yatra.com data, however, showed that fares on key domestic routes such as Delhi-Mumbai and Delhi-Hyderabad have fallen marginally in the past year. According to Yatra, average Delhi-Mumbai fare in July fell a mere 1.31% from a year ago, while Mumbai-Delhi fare fell by 1.8%. Delhi-Mumbai fares are typically rigid due to high demand.

“Domestic routes have witnessed a decrease in airfares this year as compared to the same period last year. This decline can be attributed to the stabilization of ATF prices in 2019,” said Sharat Dhall, chief operating officer (B2C) of Yatra.com. Dhall said July, August and September typically see weak airfares in India as fliers avoid travelling during monsoons.

Airfares to key overseas destinations have fallen as well. According to Yatra, average Mumbai-Bangkok airfare fell 34.58% in July from a year ago, while average Mumbai-Singapore fare fell 9.88%.

The opening up of Pakistani airspace for civilian flights from 16 July also helped bring down fares to North America and Europe, as airlines no longer need to take a long detour, leading to huge fuel savings.

After the ban was lifted, international fares on some routes from cities such as Delhi and Mumbai fell 35-40%, according to Ixigo. The one-way average fare of a Mumbai-Amsterdam flight, which was 1.5 hours longer during the airspace closure, has dropped from ₹40,515 to ₹26,700 this week.

“Unfortunately, we are witnessing some lower fares in the 0-15 day booking window and expect this to add some pressure to our unit revenues in the second quarter,” said Dutta.