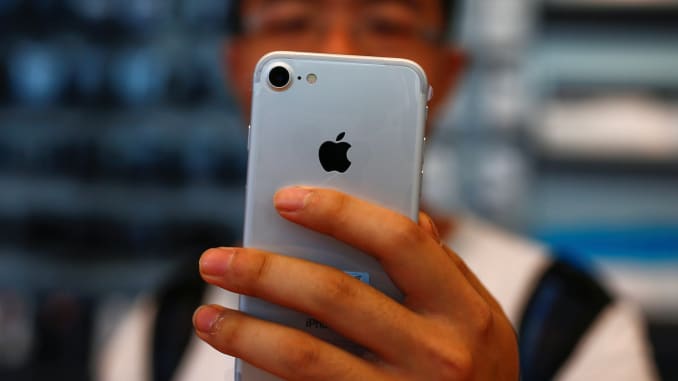 If you’re a loyal iPhone user looking to upgrade, here’s some advice: don’t. At least not right now.

If history repeats itself in 2019, Apple is on the verge of releasing its next-generation iPhone in September, as it’s done every year since 2012.

The new iPhone is expected to come in three variants, once again following the pattern Apple established in 2017 with the iPhone 8, iPhone 8 Plus, and iPhone X. The biggest changes are said to be the phone’s new triple-lens camera, which could enable the iPhone to capture photos with a wider field of view, according to Bloomberg.

This new camera setup would likely debut on the company’s more expensive new iPhones – the successors to the iPhone XS and iPhone XS Max – while the iPhone XR follow-up will likely have two cameras, the report also said.

Otherwise, the new iPhones are expected to support reverse-wireless charging – a feature that makes it possible to charge other devices by resting them on the back of the iPhone – and will likely come with an updated processor. The iPhone XR sequel will also reportedly come in new colors, as leaks from Macotakara and Bloomberg’s Mark Gurman have indicated.

Maybe you don’t care about having the latest iPhone, or perhaps the upgrades coming in the next version don’t sound that compelling to you. But you’re still in the market for a new iPhone because the one you’re currently using is nearly three years old.

If that’s the case, you might want to opt for one the older (and less expensive) iPhones that Apple already sells.

Even so, you should still wait. Apple is likely to cut the prices of its current iPhones and possibly older versions once it unveils the new models. Last year, for example, it reduced the cost of its iPhone 7 and iPhone 8 down to $449 and $599 respectively when it debuted the iPhone XS, iPhone XS Max, and iPhone XR.
Regardless, if you can hold out for another month and a half or so, you’ll have many more options at your disposal. You’ll be able to gauge whether Apple’s 2019 iPhones are the right option for you, and if they’re not you can probably get the iPhone XS or iPhone XR at a cheaper price.