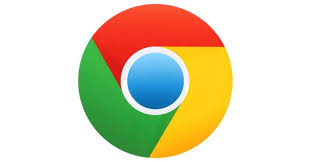 Developers and some paywall-based websites long exploited Google Chrome’s loophole that allowed them to track users even in incognito mode.

Google is now finally fixing this with its latest Chrome 76 update. Google’s new Chrome version is rolling out for Windows, Mac, Linux, Android, and iOS.

Google earlier this month acknowledged that some developers were misusing FileSystem API to detect users in the incognito mode.

Google is also cracking down websites still using Flash. The latest Chrome 76 update now blocks Flash modules on web pages by default. Users, however, still have the option to enable the flash. It is worth noting here that Adobe has already announced plans to shut down Flash by 2020.
Google Chrome 76 aims to make it easier for users to add Progressive Web Apps. “If your site meets the Progressive Web App installability criteria, Chrome will show an install button in the omnibox indicating to the user that your PWA can be installed. If the user clicks the install button, it’s essentially the same as calling prompt() on the beforeinstallprompt event; it shows the install dialog, making it easy for the user to install your PWA,” said Google on its developers page.