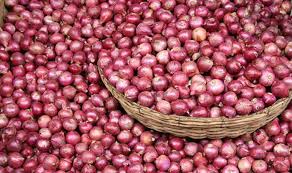 The average retail price of onions, a common base ingredient of most Indian dishes, has risen sharply, as a seasonal shortage worsened following flooding in several onion-growing states, prompting states and the central government to ramp up supply from government-held stocks.

In some cities, including Delhi and Gurugram, prices have doubled, prompting worries that they could rise further.

The Union government has decided to release more onions from federally held buffer stocks of 56,000 tonne to scarce places, according to an official with the consumer affairs ministry who didn’t want to be named.

In the national capital, for instance, which has seen a sharp spike in retail prices, up to 200 tonnes a day are being offloaded into markets through the National Agricultural Cooperative Marketing Federation of India Ltd, a food-trading arm of the Centre.

According to price data monitored by the consumer affairs ministry, average retail onion prices for last week ranged from ~57 per kg in Delhi, which is a nearly a 90% increase from regular prices, to ~48 per kg in Kolkata. Since these are average prices, they mask even higher prices in local markets within cities. For instance, Gurugram has reported retail prices of ~80 per kg.

Delhi chief minister Arvind Kejriwal on Monday said his government would bring down the price of the key kitchen staple to ~24 per kg in the next 10 days through augmented supplies.

“We are trying to procure onions from all sources that are available to us and tenders have been floated for the transportation of onions,” Kejriwal said.

On September 13, the Centre clamped a commonly used measure to control prices by imposing a minimum export price (MEP) of ~850 a tonne on onions. An MEP is a price floor set by the government — under the Foreign Trade Act, 1992 — below which traders are not allowed to export.

It is designed to make an Indian commodity expensive for foreign buyers, thereby helping to increase domestic availability and cool prices.

According to data reported by the National Horticulture Research and Development Foundation (NHRDF) on Monday, wholesale prices of the bulb were highest in Patna. The modal wholesale price, a type of average cost, of onion was ~ 50 per kg in Bihar’s capital.

Onion prices began firming up during the first week of September in cities such as Delhi, Gurugram and Kolkata.

“This is usually the month when levels of the previous onion harvest, which is technically considered as fresh stock, are exhausted. The new onion harvest usually starts kicking in during late November. Supply during this seasonal lean period is made good by stored stocks,” said an NHRDF official, requesting anonymity.

Widespread rains in states such as Karnataka, Maharashtra, Gujarat, Andhra Pradesh and Madhya Pradesh have exacerbated the seasonal shortage, the official said.

“Truck movements have been affected. This has caused a temporary supply crunch,” he said.

States are stepping up checks on wholesale traders to crack down on potential hoarding, the practice of holding on to stocks to further jack up prices. Jharkhand’s food supply and consumer affairs minister Saryu Roy said he had ordered deputy commissioners and sub-divisional officers to make surprise inspections on wholesale stocks of traders to prevent black-marketeers from making undue profits.