Interestingly the cumulative amounts for these cases was just ₹25.52 crores and 72.6 crores respectively. This implies an average case of just ₹13,290 and ₹51,220 in credit card debt under the two acts respectively. For you the takeaway here is that no debt is too small and you could be facing criminal charges against you if you fail to repay the debt.

A footnote to the IPO prospectus details the collection procedure followed by SBI Cards. “SBI Cards may block the customer’s account, in the event payment is not received within stipulated payment due date, as communicated through statements and SMS,” it says. “The account block, in such cases, may be temporary or permanent depending on delinquency stage, default potential, payment history,” the note adds.

After roughly 6 months, your credit card account is moved to a recovery pool. “Accounts charged off post 191 days from payment due date are classified as recovery pool / post charge-off bucket,” says the note. In such circumstances, it mentions the battery of legal tools used by the credit card company.

As per the footnote the company has resorted to alternate dispute resolution channels like arbitration, conciliation, bilingual legal notice, privilege police complaint and lok adalat depending upon risk profile. It has also used quasi-legal, legal action under Sec 138 of Negotiable Instruments Act. Both the sections quoted above provide for a jail term up to two years and a fine for up to twice the amount dishonoured.

A case under the Negotiable Instruments Act is filed when your credit card bill payment cheque bounces while a case under the Payment and Settlement Act is filed when an electronic transfer (such as an autodebit) bounces due to insufficient funds. In both situations, the credit card company has to send you a notice asking for payment within 30 days of the cheque bouncing/auto debit failure. If you fail to make the payment within 15 days of this notice, a case under these sections can be filed.

You should also note that a credit card default can move you into a blacklist with credit rating agencies like CIBIL. This will make it harder to get future loans or credit cards even if you subsequently pay off your debt. According to the prospectus, there are around 3.6 crore credit cards in force in India and SBI cards which has issued 83 lakh credit cards commands a roughly 23% market share. 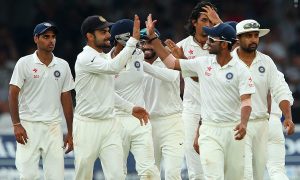 IND vs NZ: BlackCaps reveal first pic of special ball that will be used to play WTC final