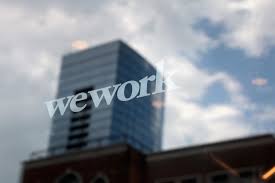 The company will make further headcount reductions by the end of next month, Sandeep Mathrani, the chief executive officer, said at a staff meeting Tuesday. He didn’t specify the size of the cuts but said he hoped this would be the last round, according to audio from the meeting reviewed by Bloomberg.

Mathrani spoke alongside Marcelo Claure, WeWork’s executive chairman and operating chief at the company’s largest investor, SoftBank Group Corp. Mathrani said leadership is looking at every part of the company and that some teams may be hit harder than others. “I know there is much speculation about how deep the cuts will be,” he said. “People are looking for a percentage or a number. The reality is, we’re looking at all of it.”

A spokeswoman for WeWork parent We Co. said the company remains on track to turn an adjusted profit “in the near term” and that “WeWork has the liquidity to navigate the challenges Covid-19 presents.” She said WeWork has a “new business pipeline” of more than $2 billion since February.

WeWork cut about 2,400 employees after an attempt to go public failed in spectacular fashion last year. It cut another 250 jobs in the last month, as did some of its rivals, including Knotel Inc. and Industrious. Things got even worse for WeWork and its peers when the coronavirus pandemic struck. Customers facing economic hardships may not renew their contracts or may skip rent payments.

As it navigates a new crisis brought on by the virus, WeWork’s board is in the middle of a separate battle with SoftBank. The Japanese conglomerate agreed to buy $3 billion of WeWork shares from investors and employees, almost $1 billion of which would have gone to the ousted CEO, Adam Neumann. The deadline for the deal was April 1, but SoftBank said that day it wouldn’t go through with the stock purchase, citing criteria for the deal that WeWork hadn’t met. That left current and former WeWork employees upset that one of their few options to get some value of their shares had disappeared. Two of WeWork’s board members sued SoftBank last week.

On Tuesday, Claure told employees in the meeting that SoftBank is “100% behind us.” In order for WeWork to succeed, according to Mathrani, “restructuring is inevitable.” As for the job cuts: “I want to do it once and know we have a company we can all move forward with,” Mathrani said. At one point, when his video feed had technical difficulties, he scooted over to sit next to Claure and made a joke about how they weren’t social distancing.

Other executives on the call discussed how WeWork will adapt going forward. The company is considering new designs for some of its spaces in a post-pandemic era, when employees might be back at the office but wanting to stay apart. Those include more space between desks, occupancy limits in common areas and one-way paths throughout the office to avoid bottlenecks.

Executives warned that the company, which was already in financial turmoil, needs to get expenses in line. “Let me be very clear: With or without Covid, we need to run a more disciplined business,” said Kimberly Ross, WeWork’s new chief financial officer.

“Do not wait to be asked to cut expenses. Be proactive. If you see waste, eliminate it. If you see unnecessary spending, stop it,” Ross said. “Every dollar we spend needs to have a measurable impact on sales, member experience, profits or cash. If it doesn’t, then really why should we spend the money?”