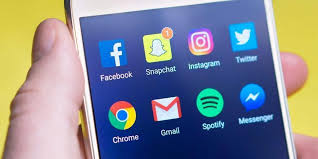 Lt. Col. P.K. Choudhary had said the move violated various fundamental rights under the Constitution, including the right to freedom of speech and expression and right to privacy

The Delhi High Court on Wednesday dismissed the plea of a senior Army officer, who had challenged the Indian Army’s recent directive banning the usage of social networking platforms, including Facebook and Instagram, in all ranks.

A Bench of Justices Rajiv Sahai Endlaw and Asha Menon declined the plea of Lieutenant Colonel P.K. Choudhary, who is currently serving in Jammu and Kashmir, saying the policy was an outcome of constantly evolving intelligence of security threats.

The high court noted that the policy was “an outcome of the paradigm shift in the intelligence activities of hostile nations; increased popularity of various social media platforms; the vulnerability of unsuspecting military personnel”.

This include assessment of the different modes adopted to honey trap, not necessarily in the conventional sense, it added.

Citing the procurement of Rafale Fighter Jets for Indian Air Force, the high court said, “there are however certain areas of governmental activity, national security being the paradigm, which the Courts regard themselves as incompetent to investigate”.

“Rather, we do not appreciate the pleadings of the petitioner as a senior officer in the Army, of army personnel being treated as slaves and the government not trusting its army,” it said.

The Centre’s counsel drew attention of the court to the posts by the officer, on matters which are barred including photographs of the places of his duty. It said the army authorities will consider taking action against Lieutenant Colonel Choudhary for the violations committed by him.

“We may also notice that warfare and inter-country rivalries and animosities today are not confined to accession of territory and destruction of installations and infrastructure of enemy countries but also extend to influencing and affecting the economies and political stability of enemy country including by inciting civil unrest and disturbance and influencing the political will of the citizens of the enemy country,” the high court observed.

“In such a scenario, if the government, after complete assessment, has concluded that permitting use of certain social networking websites by personnel of its defence forces is enabling the enemy countries to gain an edge, the Courts would be loath to interfere,” it said.

In the petition, Lt. Col. Choudhary had argued that the policy issued on June 6, 2020, which banned the usage of 89 applications and websites violated various fundamental rights under the Constitution, including the right to freedom of speech and expression and right to privacy.

“The orders of banning use and deletion of soldiers’ profiles and data from social networking websites is characteristic of authoritarian regimes and is against the democratic and constitutional foundation of India,” the plea stated.

“The soldiers rely on social networking platforms like Facebook to address various issues arising in their families while posted in remote locations and often use the virtual connect to compensate for the physical distance existing between themselves and their families,” it said.

While the Director General of Military Intelligence cited security concerns and risk of data breach as the basis of imposing the restrictions, Lt. Col. Choudhary had argued that the purported concerns and risks were not limited to being applicable to only soldiers.

“There are several members of the civil administration and political class who possess information of a much higher level of sensitivity than a regular soldier and no restrictions apply to the said persons,” Lt. Col. Choudhary argued.