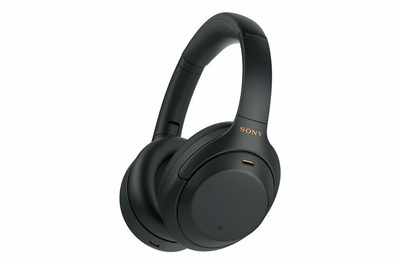 Sony is set to launch its much-hyped wireless active noise cancellation headphones in India on September. The headphones, when launched, will go on sale via Amazon India – a teaser page on the e-commerce website confirmed. The flagship wireless headphones from Sony were launched globally in August and succeed last year’s Sony WH-1000XM3. The new gen product will also be available through other channels, including Sony and multi-brand offline retailers.

As of now, Amazon’s ‘Notify Me’ page has gone live, and those who are interested in buying the headphones can sign up to be notified on the official launch and price reveal.

The Sony WH-1000XM4 is powered by the same QN1 noise cancelling processor that was used on the Sony WH-1000XM3. They come with gesture controls and other features such as adaptive sound controls, wear detection, and a claimed battery life of over 30 hours per charge with active noise cancellation on.

The Sony WH-1000XM4 supports the SBC, AAC, and LDAC Bluetooth codecs. The headphones also introduce ‘Speak to Chat’ feature which claims to automatically pause music when the headphones detect your voice, allowing for seamless switching between playback and conversation in various environments.

The headphones also have support for the Sony Headphones Connect app, available for Android and iOS. The app allows users to customise the noise cancellation, set up adaptive sound controls, and adjust other settings such as the equaliser and sound modes.