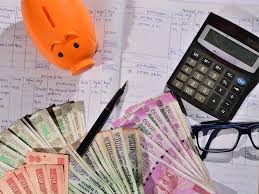 A senior official from Cibil said messages had been sent to some customers ‘inadvertently’ but added the organization had stopped sending them after complaints were brought to its notice around August 21.

A clutch of retail borrowers recently received text messages from credit bureau TransUnion Cibil advising them to opt out of the moratorium to avoid increasing their interest outgo. The messages also gave a customer care number for their specific lender so that the borrower could directly opt out. A senior official from Cibil said messages had been sent to some customers ‘inadvertently’ but added the organization had stopped sending them after complaints were brought to its notice around August 21.

“Since lenders do not flag whether a customer has opted for a moratorium or not we have no way of knowing. While some messages were sent, we stopped sending them,” the official said. He added that several customers were confused since the policies varied across lenders and across products.The messages were accompanied by a customer care number for specific lenders facilitating a direct opt-out. One of the text messages accessed by FE said: “…..EXITMORAT to 5676766 to opt out of moratorium on ICICI Bank Loan.

FE had written to Cibil on August 14.

For its part, ICICI Bank denied sharing any customer data on moratoriums.The private sector lender, stated: “… we do not share moratorium data of our customers with any credit bureau, including Cibil. It is pertinent to note that as per the ‘Credit Information Companies Regulation Act’, banks and NBFCs are required to share customer data on loan and card repayments with credit bureaus on a monthly basis, covering various banking behavior in a standard prescribed format. The said format does not require the banks to share any information on moratorium. We too follow this practice and provide only the data required in the prescribed format with credit bureaus”.

While ICICI Bank denies sharing customer data on moratorium with Cibil, it is not clear how credit bureaus can function without getting some kind of extra information from the bank. If a customer does not pay a loan installment — as she will not if there is a moratorium—the credit bureau will mark it as a default and the credit score will get hit. The only way to prevent the credit score from getting hit even when there is no payment of an instalment is for the bank to tell the bureau that the non-payment is permissible.

Cibil said it has been running education campaigns for years. ”Since August, we are running a two-month long joint education campaign with ICICI Bank to send awareness oriented communication to their retail credit customers. We would not be able to identify who has opted for moratorium. However, we stopped this campaign immediately after it started as we were approached by consumers to seek clarity on the messages,” the agency said.