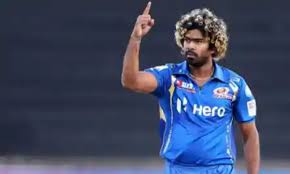 Lasith Malinga, veteran Sri Lanka pacer and lynchpin of the Mumbai Indians bowling since 2009, has opted out of the upcoming Indian Premier League season. He will be replaced by Australian speedster James Pattinson.

“Lasith is a legend and a pillar of MI’s strength,” Akash Ambani, the franchise owner, was quoted as saying. “There is no denying the fact that we will miss Lasith’s cricketing acumen this season. However, we fully understand his need to be in Sri Lanka with his family during this time,” he added.

Why did Malinga opt out of the IPL?

The reasons are personal. The Indian Express understands that Malinga wants to be with his father, who is due to undergo surgery in a couple of weeks.

Initially, it was believed that Malinga would join Mumbai Indians at a later date. However, the stringent Covid-19 protocols in Sri Lanka — he would have to undergo two weeks of isolation before and after flying from Colombo — have thrown his plans into disarray.

Malinga turned 37 five days ago. But the value he brings to this franchise cannot be understated.

With 170 scalps, he is the highest wicket-taker in the IPL, and his experience and acumen have been instrumental in Mumbai Indians crossing the line on numerous occasions in the past.

Like the manner in which he defended eight runs in the last over of the 2019 IPL final against Chennai Super Kings, to help Mumbai register their fourth title triumph.

How did Malinga perform as Mumbai’s bowling mentor?

Two years back, Mumbai Indians picked Malinga as their bowling mentor after he went unsold at the auction.

The behind-the-scenes role was something he relished. The manner in which he mentored fellow pacers such as Dhawal Kulkarni and Jasprit Bumrah emboldened the franchise to pick him for the 2019 season — a move that would ultimately prove to be a masterstroke with the Lankan’s exploits in the summit clash against Chennai.

On the field, captain Rohit Sharma would often fall back on his most experienced pacer for advice during tense moments.

How did his partnership with Bumrah pan out?

It was really a match made in heaven. With their unconventional slingy bowling actions, Malinga and Bumrah have been Mumbai Indians’ trump cards for the last three seasons.

In fact, Bumrah, who is one of the finest exponents of the yorker, has often credited his pin-point execution to the time he spent with Malinga at the Mumbai Indians. Opposition teams have often found it difficult to play out eight torrid overs from them in an IPL match.

Do Mumbai Indians have the bowling reserves to fill this void?

They do have options at their disposal. Apart from Bumrah and Pattinson, Mumbai have Nathan Coulter-Nile, Trent Boult, Mitchell McClenaghan, Dhawal Kulkarni and all-rounder Hardik Pandya in their ranks.

But Malinga’s experience and vital inputs that he provides to his captain and bowlers are something that they will sorely miss this time around.